Fry bread is a Native American bread that stretches back generations, particularly in the Navajo Nation with whom it originated. It's enjoyed all over the U.S. and is easily found throughout the Southwest. There's no need to go looking for it because it's surprisingly quick and easy to make at home.

There are many recipes for fry bread, varying with the region and tribe. It may be made with yeast and cornmeal, and some recipes add shortening, lard, or another fat, or include an egg. This recipe is made with all-purpose flour and baking powder, creating a very simple fry bread with no extra fat or eggs.

Once you learn how easy it is to make from scratch and how delicious fry bread is, you'll find lots of ways to enjoy it. Fry bread is an excellent choice to serve with a hearty stew or chili, and you can make fry bread tacos with seasoned ground beef and your favorite toppings. It's also a tasty snack when served with honey, maple syrup, or fruit jam or preserves.

This recipe makes four small fry bread loaves. It can easily be scaled up for a larger family.

Click Play to See This Fry Bread Recipe Come Together

"This is one of the quickest fried food recipes I’ve encountered. It was quite fun to make, and the cleanup was simple. The fry bread came out crispy on the outside and dense on the inside. It’s also easy to adapt to make larger loaves. Just cut the dough into two portions rather than four." —Colleen Graham

How to Serve Fry Bread

What's the Best Way to Store and Reheat Fry Bread?

Fry bread is best when it's freshly fried. If you need to store leftovers, keep it at room temperature loosely wrapped in plastic or in an unsealed plastic bag for up to 2 days. To reheat it, wrap the bread individually in foil and bake in a 375 F oven for about 10 to 12 minutes.

Can Fry Bread Be Frozen?

Fry bread can be frozen for up to three months. Wipe the oil off with a paper towel once the bread cools and wrap it tightly in plastic, then place it in a freezer bag. For better results, freeze the uncooked dough when it's still in the ball shape using the same type of packaging. Thaw the dough overnight in the refrigerator, unwrap it and let it reach room temperature before shaping and frying as normal.

What's the Difference Between Fry Bread and Sopapillas?

Many cultures throughout the world have a version of fried bread. Native American fry bread and sopapillas are two types that are nearly identical and have similar origins. During the 1860s, the Navajo people and other tribes were resettled onto reservations in eastern New Mexico﻿﻿. Fry bread made good use of the government rations they relied on, which included flour, sugar, salt, and lard. Around the same time, residents of older New Mexico towns received the same ingredients and they too created a fluffy, crispy fry bread that became known as sopaipilla in Spanish. The Navajo version is round, while sopapillas are typically square. The recipes for each vary greatly, though sopapillas most often use shortening and water rather than fry bread's milk. 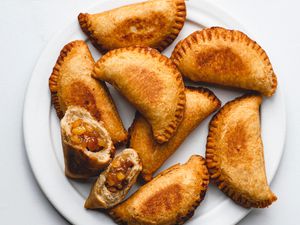 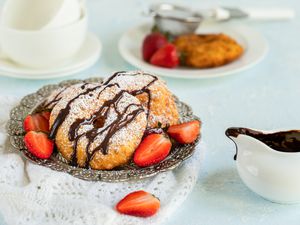 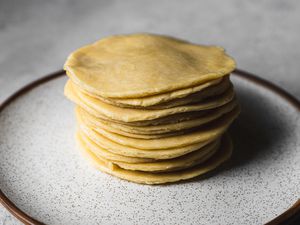 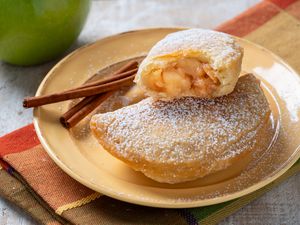 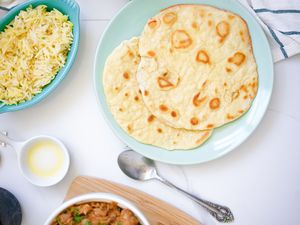 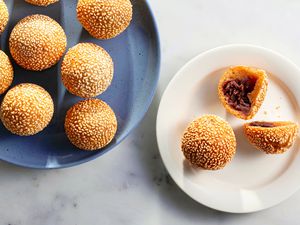 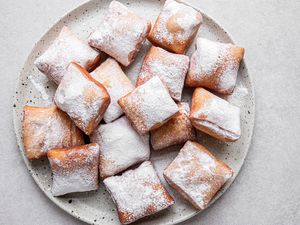 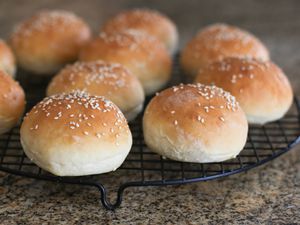 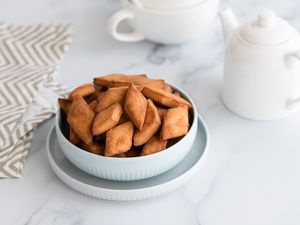 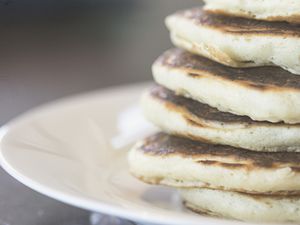 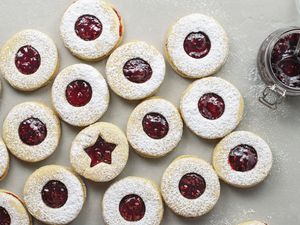