Oregon's farms grow some of the best produce in the country. While the growing season is shorter than in California, the quality for some Oregon produce is considered even higher. The shorter growing season seems to intensify the flavor of the crops. Oregon's climate of warm and dry summers and cool (but not frosty and wet) winters results in happy plants.

Listed by product name, this guide outlines the months that each fruit or vegetable is typically grown and harvested from Oregon farms. While different farms likely specialize in specific crops, this list is a perfect overview of the vast array of what is available from Oregon farmers. Each season (spring, summer, fall, winter) results in an abundance of fresh produce. 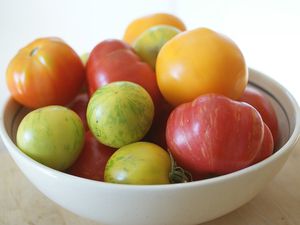