A Guide to Buying and Drinking Patrón Silver Tequila

Patrón is a popular tequila brand, and its Silver Tequila is one of the hottest spirits on the market. Distilled in Jalisco, Mexico, from blue Weber agave, it's widely distributed and found in almost every bar and liquor store.

Patrón produces a variety of tequilas, including aged reposados and añejos, several luxury tequilas, and tequila-based liqueurs. Though some tequila aficionados believe that other tequilas on the market outrank it in quality and flavor, Patrón is a good introduction to premium tequila. You can enjoy it straight or as a shot, and it's a nice cocktail mixer for margaritas and popular tequila drinks like the tequila sunrise and paloma.

What Is Patrón Tequila Made From?

All of Patrón's tequilas are distilled from 100% Weber blue agave in Atotonilco, which is situated in the highlands of Jalisco, Mexico. The agave piñas are harvested after about eight years of growth and sent to the nearby Hacienda Patrón distillery to begin the process of making tequila.

After baking the agave, Patrón uses two methods to crush the piñas and extract their juices. To make the standard Patrón tequilas, some agave is processed with a traditional tahona wheel. It's a manual process that few distilleries continue to employ, and there's something about this old-fashioned way that adds depth and flavor to the spirit. Modern roller machines process another portion of the agave, and it is the job of the master distiller to combine the two to make the recipe for Patrón.​

The remainder of the process is pretty standard: The extracted agave liquid is fermented, distilled, and cut with water to bottling strength. The standard is 40 percent alcohol by volume (80 proof), though some of the specialty expressions are stronger. Silver tequilas may rest for a few months first, and tequila destined to be reposado or añejo are aged in wood barrels for several months or years to pick up a nice oaky flavor.

Patrón is also notable for its unique bottles. The squat glass bottles have a beehive-like shape that is hand-molded from primarily recycled glass. They also employ the use of a hand-cut cork from Portugal.

Before you taste Patrón Silver, an earthy "sunshine" feeling touches the nose with a tantalizing sweet and soft agave kiss. The palate is ultra-smooth and sultry, transforming into a warm caramel with soft butter and light spice. It finishes with a more robust spice and a long, warm sweetness.

Patrón Silver Tequila is unaged and the base for the Patrón Spirits Company's products. Within this same line, Patrón also produces a reposado (aged three to five months), añejo tequila (aged over one year), and extra-añejo (aged at least three years).

The brand's portfolio continues to grow and includes:

How to Drink Patrón Tequila

Any of Patrón's tequilas, particularly the aged tequilas, are enjoyable right out of the bottle. Pour a shot into a rocks glass and sip it slowly for a pleasant experience. The silver tequila makes a nice straight shot and is a good choice for other tequila shot recipes.

Patrón Silver is particularly well-suited to cocktails. It's a very good option for any tequila drink recipe and at its best when mixed with fresh fruits. This tequila loves all kinds of fruit, from orange to ​blackberry and grapefruit to cranberry, and its waves of sweetened agave come through the back of the fruit in a delightful way that's hard to resist.

Pouring any of the higher-end silver or aged tequilas will only add depth to drinks. The aged tequilas are excellent for whiskey-style drinks like the reposado old-fashioned. The Smoky expression is a good substitute for mezcal.

Several drink recipes feature Patrón, though it works in any cocktail that calls for tequila. It's a very versatile tequila that is great in margaritas, tall drinks, and shots. 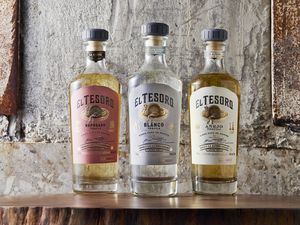 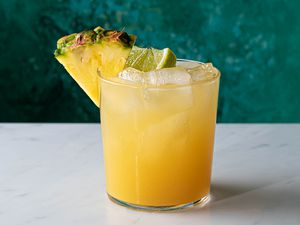 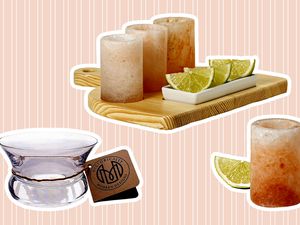 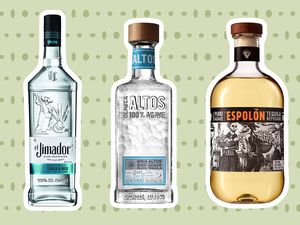 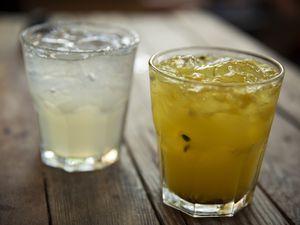