And his cookbook aims to share that love with home cooks everywhere. 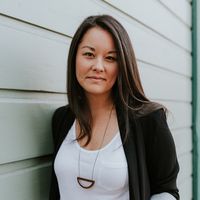 Pitmaster Matt Horn spent several years teaching himself the art of smoked meat in his grandmother’s and in-laws’ backyards before opening Horn Barbecue in West Oakland in the fall of 2020. Slated to open his fourth restaurant concept in the East Bay Area by the end of 2022, the celebrated rising star chef took a pause from restaurant cooking during the pandemic to put together a cookbook written for home cooks who aspire to the art of barbecue.

Horn Barbecue: Recipes and Techniques from a Master of the Art of BBQ has the relaxed and accessible vibe of a potluck: It’s a primer on how to get started with barbecue, recipes for smoked meats, plus lots of side dishes and desserts. You get the feel for the Horn family’s Southern roots and his own Central California upbringing. “Everyone's contributed to this moment,” he says. “Everybody is contributing to where we are right now. That’s what barbecue is, that’s what barbecue has always been. Everybody plays a part.”

We spoke with Horn to learn more about Horn Barbecue, the cookbook, and the importance of barbecue to culture… and family.

The interview has been edited for length and clarity.

You do a great job of the storytelling throughout the book, not just through the introduction, but also through the recipes.
That was something I was adamant about earlier on in the book writing process. I was like, I'm gonna need to be transparent about what I went through along this journey because I want people to understand that it wasn't easy. There were days where I had to convince myself to go out and cook, forcing myself to stay awake through long overnight cooks. I wanted people to read the book and understand that Horn Barbecue didn't happen overnight but over a period of time. I had to face my set of challenges and setbacks in order to open a restaurant. I wanted to tell that story.

Getting into barbecue can come off as really intimidating, but you’ve really made it seem like anyone can get started with it.
Absolutely. There are definitely different ways that you can go about cooking barbecue. Being approachable was something that was very intentional. I didn’t want it to be a super cheffy book.

There are quite a few recipes for dishes not served at your restaurant. What was the idea behind sharing more than just what’s served at Horn Barbecue?
I wanted to put those dishes in there to honor my family, those who come before me. The sides that pair with barbecue and the desserts that complement the rich, fatty meat… like the ones I grew up on. My grandmother used to bake cakes, for example. It's the stuff that you will see on the counter—the pineapple cake we would have after church on Sundays.

Sometimes barbecue can feel like special occasion food, but the book really showcases the breadth of the culture.
People look at it like special occasion food, but it’s something I just grew up on. We didn't eat it every day, but as a kid it felt like we were eating it every day. (laughs) Our family gathered every weekend, so it kind of felt like we were always eating barbecue. But I enjoyed it, I loved that growing up.

My grandparents came from the South, and they brought a lot of those traditions with them when they moved to [California’s] Central Valley. They were on a farm and that's what I grew up used to, always out there playing around in the dirt. But as I’ve grown, I appreciate that you want to preserve those foodways, the different traditions. Not just for my children, but because it tells a story of who we are and where we come from.

Barbecue definitely has a deeper meaning than one might think at first glance.
It feels like barbecue has become really trendy. Everybody has a perspective that it's very easy to do. There's an abundance of people who want to get into barbecue, but it's a labor of love if you're doing it the right way. It’s hard work.

When I light this fire, I know I have to be cooking this hog for the next 12 to 14 hours. I'm thinking about life, thinking about the journey of the cook, and becoming one with a fire. You start to think about all these different things, and then you start to take on that responsibility to serve. You fall in love with the cook. There's a beauty in it.

As we emerge from the crisis chapter of the pandemic, does your family have a reunion planned? In other words, is there a family barbecue in your future?
It's been a while since we've had a family reunion, but there’s one planned this year for my grandmother's birthday. I have a couple of uncles who reached out to me and they want to talk about cooking up barbecue. It's an honor to serve them, to be able to cook for my family. I'm grateful. To be able to just come together as a family, as a collective, and be able to break bread together, tell stories, and create new memories. I'm looking forward to that. 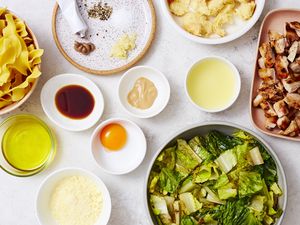 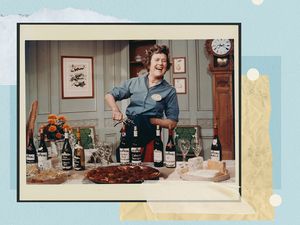