The third Sunday in July is "Pollo a la Brasa Day" in Peru (Día del Pollo a la Brasa).  Like pisco and ceviche, Pollo a la Brasa is a very important component of Peru's culinary heritage, though it is a relatively modern dish. (Peru also celebrates Pisco Sour Day in February and National Ceviche Day on June 28).

Pollo a la Brasa is a delectable roasted chicken flavored with uniquely Peruvian herbs and spices. it has really started to catch on in the United States, so much so that many areas have several competing restaurants. Peruvian roasted chicken is popular for a reason - the unique combination of spices gives the meat exceptional flavor. The dish has an interesting history:  it was made famous by a couple of Swiss expats in the 1950s at their restaurant La Granja Azul (which is still a popular Lima restaurant). They designed and patented the mechanical spit that roasts multiple chickens simultaneously (el rotombo).

Peruvian roasted chicken always comes with delicious hot pepper sauces. The red sauce typically has quite a kick, but the green sauce and the creamy yellow aji sauce tend to be milder and sweet. The green sauce is typically prepared with queso fresco or mayonnaise and the Andean herb called huacatay, or Peruvian black mint. The creamy yellow sauce is made with aji Amarillo chile peppers.

Pollo a la Brasa always comes with sides - usually thick cut french fries, fried yuca, corn on the cob, and onion salad/relish. Some places offer tortillas and beans and rice, a more Central American touch. For the complete Peruvian experience, wash everything down with an Inca Cola. If your takeout place has desserts, be sure to try them too! Alfajores or tres leches are some of the most popular.​ 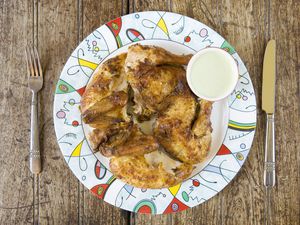 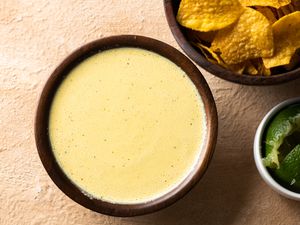 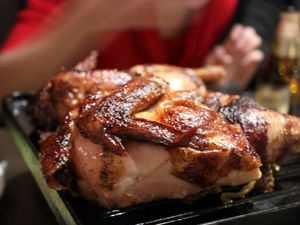 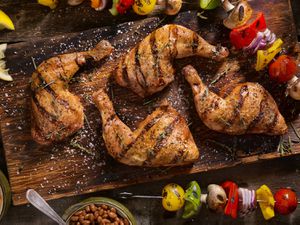 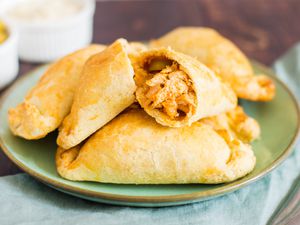 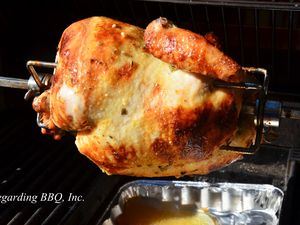 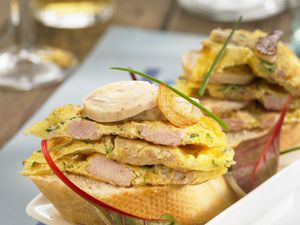 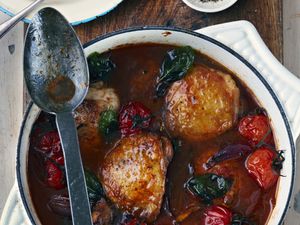 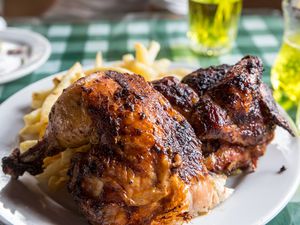 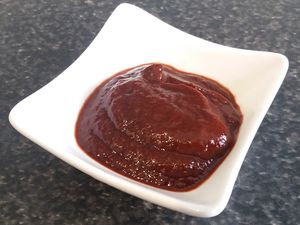 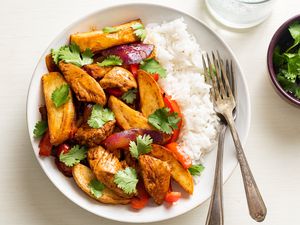 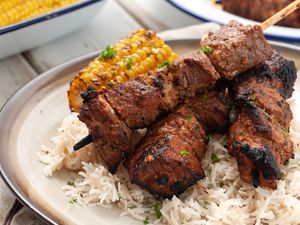 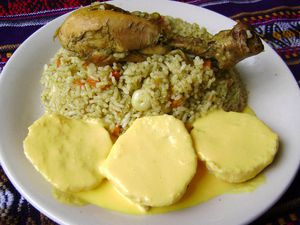 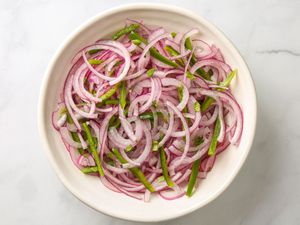 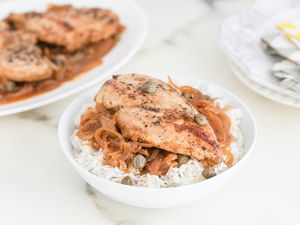 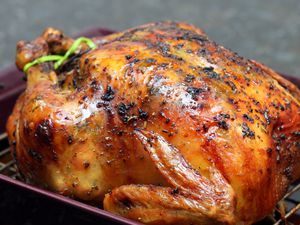