Sometimes called "Chinese cheese," fermented bean curd has a similar mouthfeel to certain dairy products. The fermentation breaks down proteins, giving the bean curd a texture like smooth paste. Red bean curd is simply taken from the jar and added to recipes or served as a condiment. It is expensive, priced about four times as much as regular tofu.

Red bean curd is basic white bean curd with added ingredients that turn the mixture red. Like all bean curds, the soybean curd is first dried (air-dried or dried by a chemical process) and then added to a brine of rice wine and other seasonings. To make red bean curd, fermented rice that is bright red-purple (called red yeast rice), is combined with the brining liquid creating not only the red color but also a distinct aroma and flavor. Some recipes will contain chile, adding to the red hue and offering some spice.

In Chinese cooking, a small amount of fermented bean curd is used to add flavor to a variety of dishes. Because of the fermentation, red bean curd is often used to marinate beef and poultry, as the alcohol quality will help tenderize the meat before it is slow-cooked or deep-fried. Cubes of red bean curd are packaged in jars along with a thick sauce; the cubes can be added to recipes where they will melt into the rest of the ingredients as they cook. If making a marinade, the cubes are usually mashed prior to adding to the recipe.

How to Cook With Chinese Red Bean Curd

Fermented bean curd is incorporated into everything from rice and congee to vegetable stir-fries and braised dishes. It is also combined into sauces that go alongside a hot pot. When eaten with a dish like porridge, it is not directly mixed in; instead, a chunk of the brick is broken off and then eaten along with a spoonful of the rice dish.

Red bean curd has a more subtle flavor than plain white bean curd (which can be very salty with a more pronounced flavor) and therefore is added to many dishes without drastically changing the flavor.

Because soybean curd is very mild on its own, it takes on the flavors that are used during the fermentation—or brining—process. The result is mellow and sweet but will also often have a strong smell and taste of alcohol. The texture is smooth and thick, similar to some soft cheeses.

Red bean curd is used in recipes for its flavor as well as its deep red color. It can be found as an ingredient in braised meat dishes and stews, as well as vegetarian stir-fries. It is often used in Chinese spareribs recipes.

Fresh bean curd can be purchased in the mainland of China, but elsewhere it is sold as small blocks in commercially packaged jars. In the U.S., the jars are sold in Chinese markets. A popular brand is Fu-Chung, which contains quite a bit of sauce in the jar along with the cubes.

Read the labels carefully as there is a version of red bean curd that is similar but has other ingredients added. It looks like ketchup and contains sugar, rosé wine, and caramel.

Red bean curd should be stored in its original jar in the refrigerator, where it can be kept for at least a year. 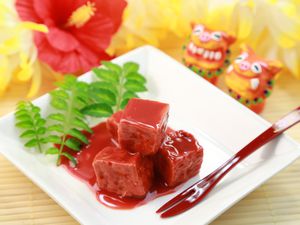 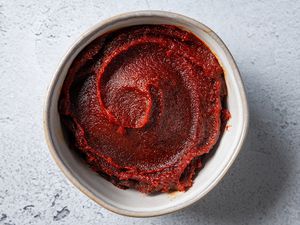 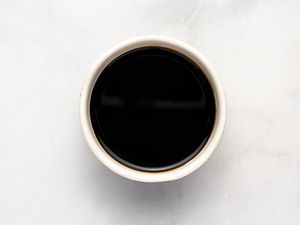 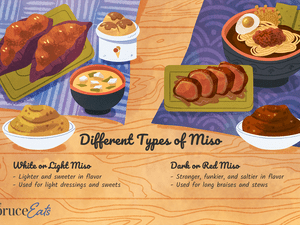 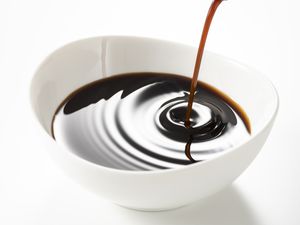 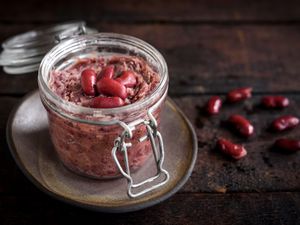