The Spruce Eats staffers and friends honor the much-beloved chef. 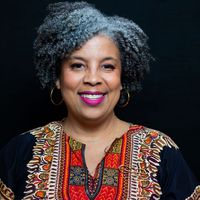 The New York City food and restaurant community has lost a friend, chef, and pioneer of Filipino food, Chef King Phojanakong. Grub Street reports that the much-beloved chef died on January 2 at the age of 54. Chef King’s legacy is rooted in his culture, passion, drive, and joy; and we'll always remember him for his never-dimmed full-face smile. Outside of his family, King will be missed by many including The Spruce Eats family.

As a native New Yorker, and someone who has been in food for over 20 years, I am sad that I never got to dine at the now-closed Kuma Inn, Chef King's iconic restaurant on the Lower East Side. Kuma Inn was his first restaurant after attending culinary school and working in prestigious New York restaurants like Daniel and Jean-Georges.

Last year, I was honored to work with Chef King as his editor on all things Filipino food, including refreshing our Filipino Pantry and developing numerous popular Filipino recipes like crispy pata and chicken adobo (the "National Dish of the Philippines"). They are the last recipes he developed for us, and it is so fitting they are close to his heart.

During that time Chef King was excitedly preparing for an extended visit to the Philippines. He said he needed to be ready to eat because every family member and friend wanted to impress their “celebrity New York City chef” with a new place to dine while he is there. I could hear the joy and excitement in his voice at the prospect.

Chef Christine Lau, the former Executive Chef of NYC’s Kimika, first saw Chef King at a New York University Asian American studies conference in 2001 where he spoke on the food and flavors of Thailand and the Philippines. Two years later, she read about Kuma Inn opening and rushed there for dinner. At the time, she had only cooked at a couple of restaurants and wasn’t sure if cooking was the right career move for her. While she was star-struck, she worked up the courage to say hello and reminded King about the NYU conference. They talked about her career dilemma of whether or not she should cook for a living. Without asking, King gave her a tour around his kitchen and invited her to come in and trail. With this encouragement, Chef Lau fully committed to cooking and 20 years later, she hasn’t looked back.

Chef Lau’s story tells everything about Chef King’s generosity of spirit, pride in his culture, and pride in what he has accomplished in his life. She ponders, “If I had one last opportunity to chat with King, I’d love to hear his thoughts on this amazing Asian American food movement we are in. After all, I consider him one of the influential chefs to help lay its foundation. His spirit, his kindness, and his voice through food will be missed.” We at The Spruce Eats totally agree.

Below, more Spruce Eats staffers and friends of Chef King remember their time working with him, and the impact he continues to have.

"Chef King was a generous collaborator, who not only brought with him a wealth of knowledge but the joy of cooking. He was a director’s dream to work with because he was eager to play. He would spontaneously make a dish or offer up an incredible factoid or a funny on-camera moment. I still have dreams about his pancit molo." — Heddy Hunt, Senior Managing Producer, Dotdash Meredith

"I cooked my first James Beard House dinner with Chef King. It was a taste of the Philippines theme. His team did three courses and mine did three as well. I used to love going to Kuma Inn with my friends back in the day. He will be deeply missed." — Chef Leah Cohen, owner Pig & Khao and Piggyback, NYC

"Chef King's love and joy for food was contagious. He was not only a talented chef, but he was an energetic storyteller, who openly and eagerly explained the personal and cultural significance of his recipes. His passing is tragic and it leaves a great void in all our hearts." — Aaron Pattap, Executive Producer, Dotdash Meredith

"Chef King is an absolute inspiration for the next generation of Filipino food makers. We will continue to carry his torch of fun-loving, spirited cooking." — Karlo Sta Cruz, Social Media Editor, The Spruce Eats 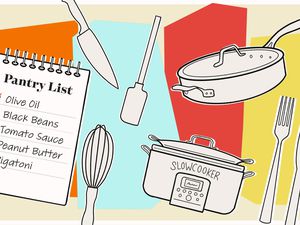 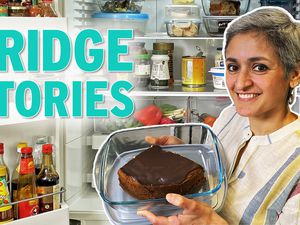