Scotch ale, or wee heavy, is a style of beer originating in Scotland that is fermented with ale yeast. Generally low in bitterness with rich malt sweetness, the caramel-colored beer often uses a pale malt base backed by darker malts. Though it can vary, many are comparable to English barley wine. Some American interpretations of Scotch ales are peated and smoky. These are not traditional and often the result of the brewer finding inspiration in Scotch whisky.

What's the Difference Between Scotch Ale and Scottish Ale?

All ales brewed in Scotland can technically be referred to as either Scottish ales. However, there are two traditional styles: Scotch ales and Scottish ales. Both are dark, but one is meaty while the other is lighter in both flavor and alcohol. Each represents the famous ales of Scotland, a country with brewing traditions that date back to the 12th century.

Scottish ales tend to be light, though definitely not shy in flavor and aroma. They also tend to clock in on the low side for alcohol, ranging from 2.5 percent to 5 percent ABV. In short, they are session beers (those that are light enough to drink a few without getting drunk).​

Scotch ale, on the other hand, tends to be a big, meaty beer with significantly more alcohol. Although both styles use many of the same ingredients, Scotch ale uses more of them and is noticeably maltier.

To keep the names straight, it's easiest to associate the more robust Scotch ale with Scotch whisky. Unfortunately, this has also led to misinterpretation of the original style as it migrated to the United States where peated malt is often added to impart a smoky flavor. While there was a period in Scotland's early brewing history when all malt was floor-malted and dried in peat-fueled kilns, these beers are said to have been no smokier than any other beer at the time. According to "The Oxford Companion to Beer," "modern Scottish brewers and historians insist there's nothing 'Scottish' about beers with peat flavors."

If you're familiar with one of the more popular styles of ale from the British Isles, you have a good point of reference for Scotch ale: This style is not as dry as an Irish stout, nor does it have the toasty notes of a London porter. Scotch ales are also not as complex in the fruity (estery) profile found in English brown ales. 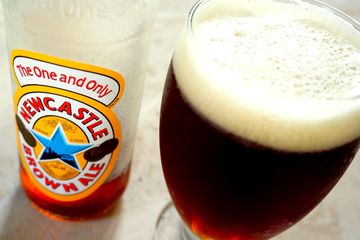 Beer in Scotland may be labeled differently than the same beer outside of the country. There are also traditional and modern conventions in naming the style.

It's difficult to describe categories of Scotch ale because brewers are often creative in their approach (Scottish brewers take on other ale styles as well). This blurred line only fuels the confusion between Scotch and Scottish ales.

Within the lighter Scottish ales are categories of increasing strength. You may hear them referred to as 60-shilling, 70-shilling, or 80-shilling. This goes back in time to the price of a hogshead (a large cask of about 64 gallons), which was based on the strength of the beer.

The flavor and aroma of Scotch ale are complex with notes of earth, roasted malt, and hints of plum or dried fruit. The profile tends to be sweet with a fairly dry finish. It's typically a strong beer, ranging from 6.2 percent to 10 percent ABV.

Some Scotch ales are called "wee heavy" or 90-shilling. This is generally the strongest and maltiest ale with a deep caramel color and malty sweetness, though there is a great variance from one beer to another.

American brewers tend to bring more of the whiskey-ness into Scotch ale. It's quite common for them to throw in some smoked or peated malt to give it an earthy or smoky character. Some are subtle while others are overtly smoked. They're just as strong as a wee heavy, and sometimes they use "Scottish" rather than "Scotch" in the beer name. Reading the brewer's description of a beer can be helpful in navigating U.S. brewers' interpretations of this style.

How to Serve Scotch Ale

Scotch ale is often best served at cellar temperatures between 50 and 55 degrees Fahrenheit. In Scotland, it's traditionally served in a thistle glass. This is unique to the style that holds symbolism in Scottish culture. The glass is similar to a stemmed tulip, but slightly skinnier, with a well-defined aroma bulb near the base and a longer flute at the top. A tulip glass is a good substitute; it's designed so each drink is equal parts of foam and beer.

Pouring a Scotch ale is like the process for most ales: Tilt the glass to a 45-degree angle and pour slowly until it fills up, bringing the glass upright at the same time.

Scotch ales are a suitable pairing for certain types of food. The rich taste and strength actually make it more pleasant as an after-dinner beverage, and the smokiest ales are best enjoyed alone.

Savory, hearty meat and game dishes do make a good match for most Scotch ales. They can also be rather pleasant alongside bold, pungent cheese. For dessert, try something creamy and lightly fruity like a berry lemon mascarpone tart.

Especially among craft brews, whenever you see the word "heavy" in a beer's name, it's probably a wee heavy. To find a beer that suits your palate, read the brewer's tasting and brewing notes.