A Guide to Understanding and Searing Foods

First of all, searing is not simply for steaks. The secret to a great prime rib is to start it at a high temperature to sear the surface and then lower the temperature to finish it off. Pork chops, chicken, and roasts all benefit from searing, though maybe not the way you think.

Browning, also known as the Maillard reaction or caramelization, is caused when you heat sugars and amino acids together. This reaction occurs in meats heated to temperatures between 300 and 500 degrees F. This reaction is what causes that very flavorful and wonderful crusty surface in meat that gives it that great, grilled flavor. Without this browning, a steak just isn't right. So to get a great browned piece of meat you need to cook it at temperatures above 300 degrees F.

Charring is when the surface of meat breaks down completely leaving only carbon. This typically happens on a grill where the meat meets the metal. Charring is bad. Not only doesn't it taste good, but charred meat is very bad for you. The breakdown of complex molecules in meat creates cancer-causing substances. Charring can occur when the meat comes in contact with something more than 500 degrees F. or if you overcook it. Of course, a certain amount of charring is inevitable, after all, you are putting raw meat in contact with very hot metal.

So what is searing? By definition, searing is to cook something hot and fast to brown the surface and to seal in the juices. Yet many of the leading cooking experts agree that searing does not seal in juices. Harold McGee in his book On Food and Cooking shows scientifically that a "seared" steak has fewer juices than an equally cooked not "seared" steak. Frankly, the idea that you can somehow melt the surface of the meat into a material that holds in all the juices has always seemed a little peculiar to me. Conclusively it seems that science is agreed that sealing in juices just doesn't work and is not the real goal of searing. Searing is a process of cooking that creates the crusty surface texture most people find appealing and the caramelized sugars that give us that steak flavor we want.

Some will say that you need something like a blast furnace to get a great sear. Makers of infrared grills are always talking about temperatures over 700 degrees to get a good sear. Of course, they also say that you can only use this kind of heat for about 60 seconds before the surface of the meat begins to burn and char. What we want is a juicy piece of meat so the first rule has to be not to overcook it. Since there is no magical sear that will hold in the juices especially on a steak grilled to well, you need to get that steak off the grill at the magic moment and not a second later. Another thing to know is that most any grill that is working correctly can sear meat, you just have to do it right.

So how do you get the right sear? The first rule of searing is not to be timid. Just because that pork chop has started to brown doesn't mean that it's time to flip. Look for a dark brown color before you flip and not just a nice golden color. Dark brown, but not black either. This browning is what's going to give that steak the flavor and texture you want. If you sear for the flavor and not the juices and don't overcook, you will get a great piece of grilled meat.

The process to a good sear needs to start before you light the fire. You must have a good clean cooking surface. This will allow for even contact between the meat and the metal. You can oil the cooking grate, though with fattier meats it isn't necessary. If you do oil the grate you need the right oil with a high smoke point. Safflower, canola and sunflower oils break down at much higher temperatures than oils like olive or lard. Once the oil breaks down it produces smoke and a bad flavor. So if you're oiling the grate use one of these oils.

For the meat, you need to make sure that it is dry on the surface. Marinades are okay as long as you let the marinade drip off the meat first. Water is particularly bad because it's going to turn to steam almost instantly and will actually lift the meat from the grate until that steam can escape. This will create uneven grill marks and also cool off the grate reducing the sear. Meat that is dry on the surface is best, but, of course, we all know the benefits of marinades when it comes to the bad things that can form on grilled meats.

With a dry piece of meat and a clean grill, it's time to preheat. This is very important. You want to turn all of your grill's main burners to high (I'll get to charcoal in a minute). Let the grill heat up for at least 10 minutes or until it reaches its maximum temperature (read you grills manual to find out the best preheating times). Your experience with this piece of equipment is very important, so use your common sense and knowledge of the grill to make sure it is as hot as you can get it.

Now you are ready to sear. You need everything within arms reach, and you need to move quickly. Your grill has stored up about as much heat as it can and you want to keep it there. Lift the lid and get the meat onto your grill as quickly (and safely) as you can. If you know where the hot and cold spots are, aim for the hot parts. With the meat on the grill close the lid. This isn't as much to get the meat to cook all around as it is to keep the heat in the grill. Most experts will tell you that you are going to flip in one minute. That may or may not be the case. Again, your experience should guide you, but keeping a close eye on the clock is good if for no other reason than future reference. Like I said you want to get a good, dark brown color on the meat, but you don't want to be lifting the lid and the meat repeatedly to see when you get that.

Once the meat is properly browned you need to flip it to a previously unused part of your cooking grate. This part will still be very hot. The place where the meat was has cooled down and you want all the heat you can get. The time that the meat is on the second side should take the same time as the first side so hopefully, you're watching the clock. Now you are done searing and it's time to finish off whatever you were cooking.

If you have been searing a roast you need to get that roast out of the intense heat and into indirect grilling. If you've been searing chops or steaks then you want to get the heat down and finish off. So, with the lid up, turn down the heat and flip the meat over, rotating 90 degrees so you get a nice crisscross pattern. When you flip leave the meat in the same place on the grill unless you're having flare-ups. If you leave the lid up for about a minute your grill will cool down to a temperature that will allow you to get the meat cooked through without charring the surface. If the cut is thin you might be nearly done. Otherwise, grill until the meat reaches desired doneness and remember to let the meat rest for at least 5 minutes before you cut into it or serve it. This allows the juices to flow back, out into the surface.

As with any method of grilling, practice is the key. If you get an overcooked chop or an overly charred steak think about what happened and adjust accordingly. No two grills are created equally and things like wind, outside air temperature, cut and thickness of the meat will change the circumstances of your sear, but with patience and practice, you'll be getting that perfect sear regardless of your grill or the weather.

As for charcoal, you will need to build a two layer fire. This means that you have a single layer of coals on one side of your grill and a two-layer (or more) of coals on the other side. You will sear on the hotter of the sides and finish off on the other. Depending on your charcoal grill you may not have a lot of room to work with so you'll just have to do your best. Charcoal is perfect for searing because you can get a much more intense heat from charcoal and you can control that fire much more. The searing fire is the fire you can't hold your hand over. The finishing fire should let you hold your hand over it for the count of three or four. Make sure you have this kind of fire before you start. Because of the intense heat of charcoal and the closer proximity of that fire to the meat, the lid isn't going to be as important in the searing part of this grilling method.

So whether you are using gas or charcoal give searing a try. Whether you are sealing in the juices or adding great flavor to meat isn't really important. If you don't overcook you will get a juicy and flavorful piece of meat. 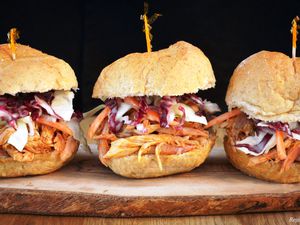 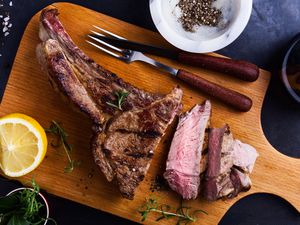 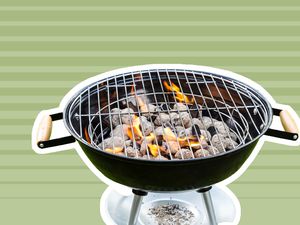 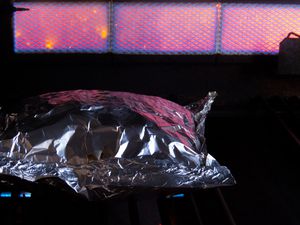 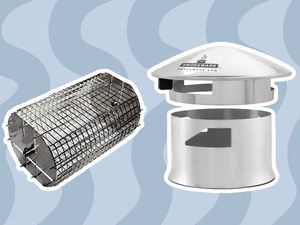