Butter and shortening are common ingredients in baking. They both perform similar functions with some slight differences beyond their vegetable and animal origins. For the most part, you should follow the recipe ingredients and instructions for an optimal final product. However, it is good to understand the roles butter and shortening play in baking, particularly if you want to use one as a substitute for the other.

Any fat is technically considered shortening in baking, whether it's butter, lard, oil, or vegetable shortening. That's because fat interferes with the formation of gluten molecules, which are usually long strands of proteins, but when some type of fat is mixed in, it shortens those strands; thus, the name "shortening."

Baking with shortening results in textures that range from flaky buttermilk biscuits to something more crumbly and crisp like pie crust or cookies. Baking without shortening allows the gluten molecules to form their long chains, resulting in a chewy, elastic product such as bread or pizza crust. Whether butter, oil, lard, or vegetable shortening, all have this effect on the gluten molecules in baked goods.

Vegetable shortening is a particular kind of shortening. It's made by adding hydrogen to ordinary liquid vegetable oil. The hydrogen bonds with the carbon atoms that comprise the oil's fatty acids, changing the molecular shape to take on a long, chain-like structure. These chains stack together, transforming a previously liquid oil into a solid at room temperature with a melting temperature of 117 F.

The addition of hydrogen is where the term "partially hydrogenated" comes from. It's also responsible for the term saturated fat: The fats are "saturated" with hydrogen, meaning all the carbon atoms in the molecule are attached to a hydrogen atom. Thus, vegetable shortening is what you get when adding hydrogen to vegetable oil, turning a polyunsaturated fat into a saturated fat.

Vegetable shortening's higher melting point is optimal for baking. The size of the shortening pieces and how thoroughly it is mixed into the flour determines the fat's ability to hold its shape instead of melting. For example:

For the same reasons, shortening is also useful in making buttercream frosting. It holds its shape at room temperature instead of melting, as all-butter frostings can do, especially in warm conditions.

Butter is a different story, and it has its own unique benefits and drawbacks. Unlike shortening's vegetable origins, butter comes from cow's milk. Also, where shortening is 100 percent fat, butter is around 80 percent fat, 18 percent water, and 1 to 2 percent milk protein.

Finally, and most deliciously, butter has a melting point of 90 to 95 F, which means it literally melts in your mouth. And, of course, butter has one of the most sublime flavors in all of the culinary arts.

You can use butter to make pie dough, and many bakers do. The fat in butter will have the same effect on gluten strands as vegetable shortening. The difference is that it will be more difficult to work with. The mere act of touching the dough with your hands for too long tends to melt the butter.

Remedy butter's low melting point by starting with very cold butter and handling it with your hands as little as possible. Many bakers also chill their bowls, mixing utensils, and even the flour itself in an effort to prevent the butter from melting when making pie and pastry doughs. Assuming the effort is successful, it's definitely worth it, owing to the superior flavor butter brings to baked goods compared to shortening.

It's certainly possible to substitute butter for shortening or vice versa. The main thing to keep in mind, apart from the different melting points, is the 20 percent water content in butter. You can see the difference with cookies: Cookies made with butter will spread more than ones made with shortening because of the extra liquid.

If you substitute shortening in a recipe calling for butter, you may want to add a bit more liquid. For example, if the recipe calls for a stick of butter, that's about 1 1/2 tablespoons of water, so adding 1 1/2 tablespoons of milk will help ensure the final product isn't too dry. Conversely, when converting from shortening to butter, consider reducing the amount of liquid in the recipe by an equivalent proportion.

One technique many bakers use is a combination of shortening and butter. This approach harnesses both ingredients' best properties: butter's flavor and shortening's higher melting point. This is very useful when baking pies and pastries and making buttercream frosting.

Essential Pastry Tools and More if You Want to Bake 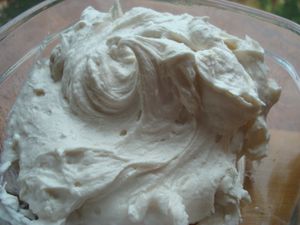 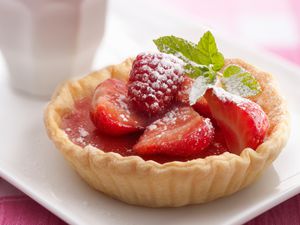 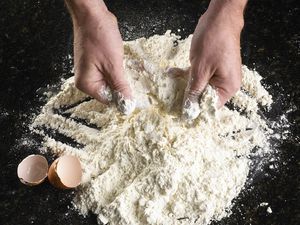 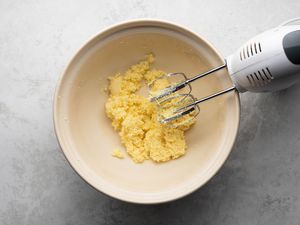 How to Use the Creaming Method in Your Baking 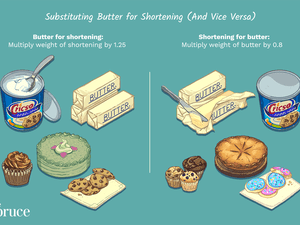 Can I Substitute Shortening for Butter? 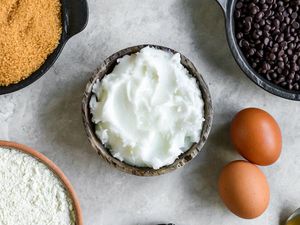