The Sisterhood of Salaam Shalom Brings Women Together Through Baking 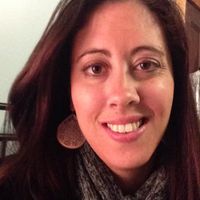 Samantha Facciolo
Samantha is a freelance writer who covers culture and food for publications such as Marie Claire, Time Out New York, Chowhound and more.
Learn about The Spruce Eats' Editorial Process

Marla Andich loves to bake. She bakes at home, she bakes for family, and she bakes for friends. One of her specialties is challah, the braided egg bread traditionally served for Shabbat dinners and other Jewish holidays. A quick jump across the Mississippi River, but also in the Quad Cities region, Salma Arabi, former owner of Dewey’s Copper Cafe and a culinary student, wanted to learn. Lisa Zaynab Killinger, president of the Muslim Community of Quad Cities, had a beautiful catering kitchen begging to be used. And so, on a cold Iowan winter’s night, a group of Muslim and Jewish women gathered at the mosque to braid, bake, and break bread together.

Andich, Killinger, Arabi, and about a dozen other women are part of the Quad Cities chapter of the Sisterhood of Salaam Shalom, a U.S.-based nonprofit committed to building bridges between Muslim and Jewish women by breaking down hateful stereotypes and engaging in social action work. The chapter has been meeting regularly since early 2017 and Andich has often made challah for their gatherings. When Killinger offered the mosque kitchen, the sisters agreed that challah baking would be a perfect chapter activity—warm, comforting, and delicious.

How to Make a Beautiful Braided Challah

Andich instructed the group in the art of braiding dough and as they waited for their loaves to rise, they discussed ritual uses of bread and the breads unique to their cultures. In this room alone, there were women who hailed from Syria, Iran, India, Turkey, and Israel, now connected by the Midwest.

For Andich, bread baking isn’t just an activity for a winter’s night, it’s a way to connect with her faith and with the people around her, to partake in a multi-generational tradition. “It’s fun to be in the kitchen together, whether it’s with my daughters, my mother, my chapter sisters.” And of course, “the reward is in the eating!”

Everyone eagerly tasted the fresh-from-the-oven challah—airy and golden, basted with an egg wash and sprinkled with sesame seeds—but they also took loaves home to family and friends. That gesture was indicative of the wider mission of the Sisterhood. The relationships formed among chapter sisters derive strength from seeing another person for who she really is: as someone with traditions and hopes and everyday challenges of her own. Those same relationships then spread outward and are the foundation from which inclusive communities grow.

“Sharing food has always been a bridge builder,” said Killinger. “It’s impossible to be at war with people you break bread with. From the earliest time, breaking bread with people has had a spiritual component to it.”

Audrey Seidman readily admits she’s not a baker, but when her Sisterhood chapter in New York’s Capital region participated in a baking project benefitting a local soup kitchen, she quickly realized what a special event it was. Guided by local husband-and-wife team, Rabbis Jonathan Rubenstein and Linda Motzkin, the women rolled up their sleeves to braid challah rolls for the Economic Opportunity Council’s Christmas Day dinner.

The women had wanted to do a Tzedakah/Sadaqa project around Christmas and baking bread seemed a perfect fit. The Hebrew word tzedakah, derived from the root for justice, and the similar Arabic, sadaqa, meaning voluntary charity or virtuous deed, are often used for charitable giving or service work.

“There was something so nice about the sounds of Muslim and Jewish women baking bread together [in a mosque] for a Christmas Day meal,” reflected Motzkin, who demonstrated baking techniques with her husband, Rubenstein, founder of Slice of Heaven Bakery, a volunteer-staffed organization that provides bread for community members in need and supports local hunger relief efforts.

“It was both an act of service and an act of camaraderie, a social activity, but one with overtones of social consciousness,” Seidman said.

Other Sisterhood chapters have also recognized the intrinsic value—and fun—of cooking together. Philadelphia chapter sisters prepare meals for the city’s Northwest Interfaith Hospitality Network, which supports people experiencing homelessness and hunger. Every December, they bake cookie platters for local hospitals and service organizations. Kathy Roberts brings cookies from her own background: chocolate chip mandel bread (akin to Italian biscotti), chocolate and mixed nut rugelach cookies, and a trifold cookie served for the Jewish holiday of Purim, which she fills with homemade jam made from raspberries handpicked the previous summer. Another sister shares recipes from her husband’s native Algeria and has asked Kathy to bake the North African treats for everyone. According to Roberts, “We really enjoy being together. We have a very special bond. But more importantly, we’re capitalizing on our camaraderie to do good for people who need it.”

Naomi Kalish echoes those sentiments. For three years, her Jewish and Muslim chapter sisters in New Jersey have been baking on Christmas Eve. For many, it was the first time they’d ever bought cookie cutters or red and green sprinkles. On Christmas Day, they visit local fire stations and hospitals to donate platters laden with traditional sugar cookies, cookies in the shape of a hamsa, a symbol representing blessing and protection in both Judaism and Islam, and s’mores cookie bars.

The nationwide rise in religious-based hate crimes has heightened tensions, a trend Naomi’s chapter seeks to diffuse with goodwill and a little sweetness. “The cookies serve to strengthen our relationship with one another and with the community. It’s more than just delicious cookies. It’s an expression of our care and concern.”

At the heart of these women’s baking is something greater than a communal meal. It is the act of choosing to come together, to learn about and from one another, and ultimately, sharing that experience with others, that makes a difference. In the words of Killinger, the Muslim community president in Iowa who opened her mosque doors to a Jewish sister-baker, “We share foods with cultural components every time we get together. We sit, we share, we talk about the food we’re eating, whether it’s used for a ritual meal or a holiday celebration or at a wedding. It has been the latticework upon which we build our friendships, weaving together cultures and foods and building closeness between us.”