How to Perfect This Moist Heat Cooking Method

One of the most common ways to cook vegetables is to steam them, but this moist-heat cooking technique can be used for other types of food as well, such as fish and Asian dumplings. Steaming is basically a cooking method that employs hot steam to conduct the heat to the food, without disturbing it in a boiling liquid, leaving us with tender, moist results—when done correctly.

The Science of Steaming

When steaming, food is actually cooked at a higher temperature compared to poaching, braising, and stewing. Once water is heated past the 212 F mark, it stops being water and turns into steam. Steaming has an advantage over methods such as boiling or even simmering in that there is no agitation involved, so it's gentler on delicate items like seafood. And because it doesn't require the food to be submerged, it avoids the loss of nutrients through leaching. It also cooks relatively quickly.

Interestingly, steam's maximum temperature is also 212 F, just like water. But unlike water, steam can be forced to exceed this natural temperature limit by pressurizing it. The higher the pressure, the hotter the steam becomes. Cooking with pressurized steam requires specialized equipment, though, which is typically not available to the beginner cook. 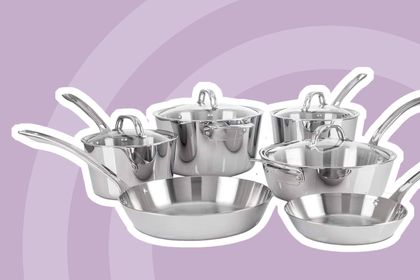 Steaming can be done on a stovetop with two simple pieces of equipment: a pot and a steamer basket. The pot is filled with a small amount of liquid that is brought to a simmer; the item to be cooked is placed in a basket suspended above the liquid, and the pot is then covered. The hot steam circulates through the pot and cooks the food very quickly. This technique is known as "compartment steaming." (The bamboo steamers used in Asian cuisine are an example of a compartment steamer.)

It is important that the bottom of the steamer basket does not touch the simmering water; this would add too much moisture to the vegetables and would not steam them correctly.

You can also steam food in the microwave, which is actually a natural piece of equipment for steaming since it "excites the liquids in food." You can create your own steaming system by placing the food in a microwave-safe dish, sprinkling it with water or other liquid, and covering with plastic wrap with a few holes poked into it. Cook for just a few minutes and you will be rewarded with perfectly steamed food. You can also buy a steamer basket made just for the microwave if you find yourself using this method often.

Until oven-roasting and grilling vegetables came into fashion, steaming was the primary way home cooks prepared their veggie side dishes. Too often, however, the vegetables were left as is after cooking, leaving them bland and flavorless. Or, worse, the vegetables were steamed for too long, resulting in a pile of tasteless, dark-colored mush.

But vegetables—including potatoes—benefit from being cooked with steam when done properly. Some vegetables like broccoli and cauliflower can turn soggy when simmered, so steaming is an excellent alternative cooking method. And steaming can be a good first step to cooking certain vegetables an alternative way; for example, steaming broccoli before adding to a quick-cooking stir-fry will assure they finish with a crisp-tender texture. And steaming potatoes before being sliced and placed on the grill will shorten their grilling time tremendously.

Seafood is particularly well suited for steaming. With compartment steaming, the cooking liquid (usually a broth, stock, or wine to add flavor) along with aromatic herbs, are gently simmered, creating flavorful steam. The moist environment inside the steamer compartment helps keep the fish tender and juicy.

Seafood can also be steamed in its own juices. Mussels are frequently cooked in a large, covered pot with a very small amount of wine. As the pot heats up, the mussels cook in the steam created from their own juices, which then combines with the wine and other ingredients to create a flavorful sauce.

Another technique for cooking with steam is known as cooking en papillote ("in paper") or in packets. This method is frequently employed for cooking fish and involves enclosing the food in a pouch of parchment paper or aluminum foil along with a little liquid (often wine) and perhaps lemon, herbs, and even thinly sliced vegetables. The packet is then heated—in an oven or on a grill—so that the food inside cooks in its own steam.

Besides being a simple cooking method, steaming is also a healthy way to prepare food. Compared to most other cooking methods, steaming preserves up to 50 percent more nutrients in the foods, and doesn't require any fats when cooking. This makes steaming an ideal cooking technique when you are watching your calorie and fat intake. Just don't forget to season! 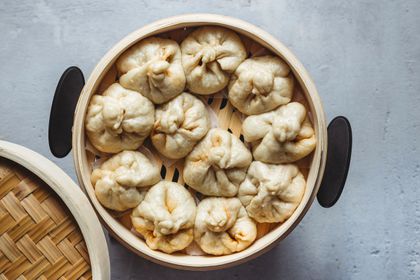 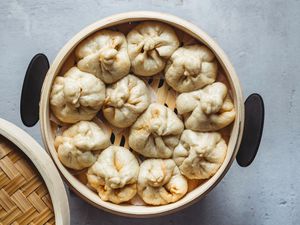 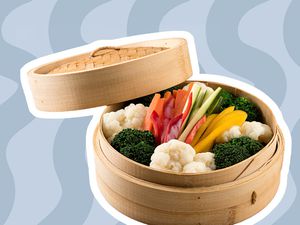 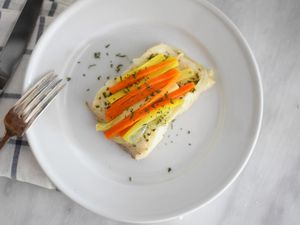 How to Make a Halibut Packet for the Grill 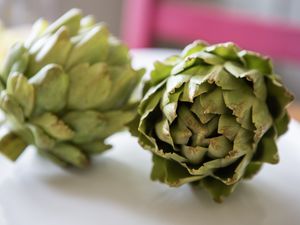 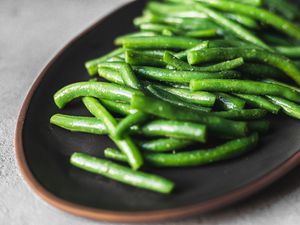 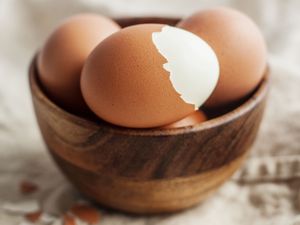 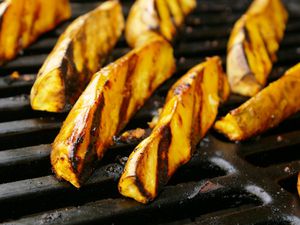