Strega Liqueur (Liquore Strega) is an herbal Italian liqueur with a unique flavor and a distinctive bright yellow color. It's a digestif (or amaro) made from a secret recipe that includes about 70 botanicals, most notably saffron, mint, and juniper berries. It hails from the town of Benevento, Italy and is also known as the "witches liqueur." A very popular liqueur in Italy, it's enjoyed on its own or in cocktails and has dedicated fans throughout the world.

Strega is often compared to Yellow Chartreuse in both look and taste. The two liqueurs have the same gold color and are comparable in price. Both recipes include a blend of botanicals that are well-kept secrets. You will find the herbal flavor of Strega to be softer and slightly sweeter, though there is a distinct focus on mint that is not found in Chartreuse. In many cocktail recipes, the liqueurs can be used interchangeably.

What Is Strega Made From?

Strega has been produced in Benevento, Italy since 1860. Strega is the Italian word for "witch" and the liqueur is sometimes referred to as the "witches liqueur." The name is appropriate because the town of Benevento has long been considered "City of Witches." Folklore says that it was a gathering place for the witches of the world. Throughout the southern Italian town, one can find many strega products, including candy that uses the liqueur.

Guisseppe Alberti founded the company Strega Alberti Benevento S.P.A. in 1860, strategically placing his factory next to Benevento's train station. The flagship liqueur, known simply as Liquore Strega, is made of natural ingredients and uses a proprietary recipe that combines 70 herbs and spices. Though not all of them are disclosed, the ingredient list includes Ceylon cinnamon, Florentine iris, Italian Apennine juniper, Samnite mint, fennel, and saffron. Saffron is the key to Strega's signature yellow color. Mint and juniper are the most pronounced flavors within the herbal mixture. Before bottling at 40 percent alcohol by volume (ABV, 80 proof), the liqueur is aged in ash barrels "over a long period of time" to allow the various flavors and aromas to blend together.

The liqueur often makes an appearance in pop culture. It is frequently the drink of choice for Italian characters in movies, TV, and literature. Strega is also known for stunning, artistic posters and advertising campaigns. Many of the vintage posters are prized collectibles today.

Strega is sweet but has a soft, light body. The flavor is dominated by mint and juniper with hints of anise and fennel popping out of the herbal bouquet.

Strega Alberti also produces other liqueurs. Among those are two that utilize the original Strega formula as a base:

Where to Buy Strega

Strega may not be in stock at every liquor store. It's readily available in Italy, parts of Europe and in the U.K. In the U.S., well-stocked liquor stores in larger metropolitan areas will likely have it. It can also be purchased online. Alcohol shipping regulations vary by state and country, so that may not be an option depending on where you live.

How to Drink Strega

Strega is considered a digestif to be imbibed after a meal. It is commonly served straight or on the rocks. Try Strega with both coffee and lemonade (not in the same drink) as these are two of the best pairings for the liqueur. It can also be used in a variety of cocktails. Dark spirits, particularly rum and whiskey, are among the best base liquors because of its strong flavor. When pouring Strega, less is more as the flavor's intensity can easily throw a drink out of balance.

Strega makes an appearance in a handful of cocktail recipes. One of the more popular drinks is named Macbeth No. 2. It shakes 1 ounce of Strega and 1 1/2 ounces Drambuie with ice, then is strained into a cocktail glass.

Try drizzling Strega over ice cream or a bowl of mixed fresh fruit. It's an excellent syrup base and can be paired with a variety of foods and served over or in baked goods.

The Ultimate Guide to Learn Your Liqueurs 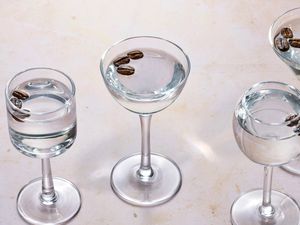 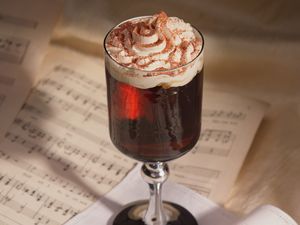 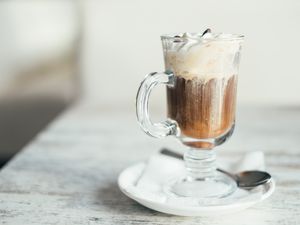 15 Best Spirits to Pair With Coffee