We talked to two of the founders about the future of craft spirits. 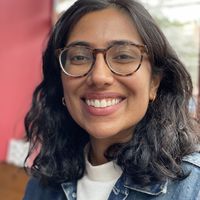 Radhika Sharma
Radhika is a food worker and writer who aims to design food spaces and stories that question consumers and inspire joy. She currently works at Simple Syrup, a Brooklyn-based natural wine shop, alongside freelance writing and her 9-5 in tech.
Learn about The Spruce Eats' Editorial Process

This interview is a part of The Spruce Eats’ partnership with the Queer Food Foundation, where we’re highlighting queer people in food and how they’re reimagining the future of their industry.

Ryan Lawrence and Thomas Giddings found comfort in two simple staples through early pandemic lockdown: RuPaul and martinis. “Lots of martinis that year. Lots of gin drinking during COVID,” Tom laughs, “and that was before we even started making gin!” The couple, along with their friend Clare Byrne, developed and launched Suncliffe, an Arizona-based gin, entirely during the pandemic.

Martinis bonded the three together even before the pandemic. In 2013, Clare and Tom moved to New York to pursue careers in fashion—Clare from Australia and Tom from the UK—and they became close friends who later lived together. Tom met Ryan on a visit to Tucson, Arizona where Ryan lives and the two started dating (Ryan is a set decorator for the Food Network and spends his summers in New York). Ryan soon met Clare, Tom’s dear friend “who we would have a couple of martinis on the terrace with.”

With their work in fashion and food paused from the pandemic, Ryan, Tom, and Clare began an unexpected gin journey. What started as Ryan and Tom macerating vodka with berries and florals in Tupperware in their Tucson home during lockdown became Suncliffe, which turned one in May.

In March 2020, you two were locked in together during the pandemic and then a year later in May 2021, y’all launched Suncliffe. What was that like?

Ryan Lawrence: The first time we left home after the lockdown was to help my parents move from Flagstaff to Sedona to retire during Memorial Day. It was going to be a three or four-day trip and we ended up staying in Sedona for two weeks! We just went hiking—we spent all this time outdoors and exploring. I had been doing volunteer work in Tucson with Mission Gardens, where I learned about some plants that were European in style, but were native to [Arizona]. One in particular captured me: the elderflower. I thought it was so crazy—something so similar to a European flower can be found here, in the desert of all places, where everything is cactus and all. I saw one in full bloom on a hike in Sedona and it was amazing—right by this spring. And then we left and drove back to Tucson. On our way home, we pulled over on this road and I grabbed some juniper. I had always loved infusing vodka so I wanted to [try] some Sedona juniper and see where it gets us. And the road we pulled over on was called Suncliffe Drive. And that’s where we got the junipers from for the first test run!

Thomas Giddings: That’s how we were doing—this yellow drink in a bottle with “Sedona Gin” scribbled on it. And then realized what we are making was kind of unique. So that was the beginning of the journey.

What kind of relationship does Suncliffe have with Arizona?

Thomas Giddings: It is definitely through our botanicals—all the botanicals are native, which we wild-forage ourselves in Sedona county. We use three different kinds of juniper in our gin. If you go slightly up the canyon, you get the ponderosa pine bark and elderflower, and the manzanita grows super low.

Ryan Lawrence: Our relationship is primarily to the nature of Sedona. But we also are tied to the Navajo Water Project! My family lives in Sedona and my mom, before retiring in 2019, worked as a hearing/vision specialist in the Northeast region of Arizona, where she worked on Navajo reservations a lot. When we started [Suncliffe], we thought about how we can give back. I didn’t want the partnership to center alcohol on native [reservations], so my mom helped us find the Navajo Water Project. She knows what they do and has experienced their work and we knew it was worthwhile—a necessary, active campaign.

Thomas Giddings: Actually George, the CEO of DigDeep, the umbrella organization, is gay. We connected with him in Fire Island, of all places! He is super switched on—young, enthusiastic, and implementing a lot of different, incredible initiatives. We have linked [our partnership] to the merchandise we sell, rather than the alcohol, so we can connect meaningfully with the community. We work with a Black female soap maker in Tucson who makes soaps with our botanicals and with a leather maker in Tucson who makes our coasters. And 100% of our proceeds go to the Navajo Water Project.

I love that the CEO of DigDeep is also queer—what does it mean for Suncliffe to be a queer brand?

Thomas Giddings: I think we are discovering that! The way our queerness has manifested itself in Arizona is through close relationships with queer-owned bars and bartenders—and I feel like that’s just how it naturally exists. Being able to support people and have them support us.

Ryan Lawrence: And it’s such a strong community to build with. We love the people we’ve met. They are so creative and the love is unlike anything else.

Thomas Giddings: And that happened naturally: we were drawn to them, they were drawn to us. We were never really shouting the [queer] story. Within the community, we’ve connected with queer people and, for instance, [hosted] this bar competition recently that had two of our favorite queer bartenders [competing]. It is fun, but it is a bit more unspoken. A gallery in Phoenix reached out to us and was thrilled we are a LGBTQ-owned business—they are also—and they want to do an event. We’re finding these nice organic partnerships that feel like us. Especially right now during Pride month when everyone is rolling their eyes when a brand like Bud Light is all rainbows. We’re not really doing Pride-specific things but we are finding natural partnerships throughout the year that feel organic because that’s who we are.

Are there any ways you feel you bring your queerness into Suncliffe and in how you’ve designed and built it as a brand?

Ryan Lawrence: The idea of inclusivity and the warmth of our bottle—those were definitely the concepts we were holding. The physical design.

Ryan Lawrence: Exclusive. The way they frame it is in a positive way—Hendricks can feel exclusive. And they use that term in a luxurious way. But we didn’t want that terminology. We didn’t want to exclude anyone.

Thomas Giddings: It’s about being inclusive. [Gin] can feel very dark, very cold. Think of those blue bottles that have that script—it feels like Mad Men! 1950s.

Thomas Giddings: Yeah like pirates! So our big thing is that we created this taste and wanted to create a look that gave Arizona but also gave warmth and freshness and all of that. Also, I don’t know… we just want to have lots of fun? We really set out to make sure community is a big part of our brand and core. It’s not necessarily the queer community, but the community and making sure we know everyone around. Adventure is a big part of it as well. We have this thing that Suncliffe is taking the scenic route: being open to curiosity and discovery, trying new things. That may not be not queer-specific but it’s about opening horizons.

What do you envision the future of queer beverage brands and spaces looking like?

Thomas Giddings: We had a meeting with a really big national distributor [and it was only] six men and you felt it. [One guy’s] background was dogs smoking cigars. And some of the biggest brands have that culture. But what’s interesting now is that there is this rise in craft. It started with craft beers, and now there’s a rise in craft spirits—the craft spirits industry is rising so hard against the establishment. With anything craft comes new energy, queerness, everything, and [we] are competing more. People are looking to [us]. People wanted farm-to-table food—now people want to know where grapes are coming from, where their spirits are coming from. When that happens, it attracts new energy.

Ryan Lawrence: And now we’re in it. So that change is us, a little bit. More and more. We are becoming a queer business.  [Also other] genuine queer-owned and operated [brands] are gaining a foothold—that is so exciting. 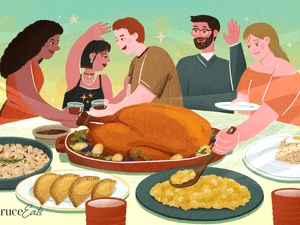 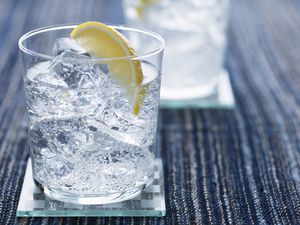