When it comes to desserts, fruit can be featured in infinite ways, as the main component, as a garnish, or made into a sauce to accompany a dessert. But there are certain desserts that are by definition fruit desserts—mainly compotes, cobblers, crisps, and betties, along with their respective variations. And there are several other types of sautéed and baked fruit dishes as well.

Here's a breakdown of 7 of the most popular types of fruit desserts.

Share This Scrumptious Blueberry Cobbler With Friends and Family 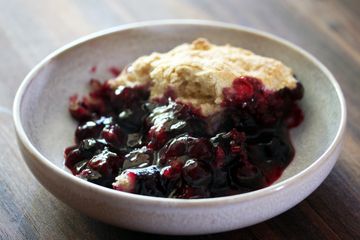