Even the term "baked pasta" sounds warm and comforting, doesn't it? Who wouldn't want to dig into a bubbling casserole filled with tender pasta, rich sauce, melty and browned cheese, and crisp-tender vegetables? And because many of them lend themselves well to making ahead, they work great for weeknight dinners, meal prep, or even a simple dish to serve a crowd.

When baking a pasta dish, undercook the pasta just slightly, since it will absorb liquid from the sauce while it bakes in the oven. Also, let the casserole stand for five to 10 minutes after you pull it out of the oven. That gives it time to set up and for the sauce to distribute evenly, and lets it cool just a bit before that first luxurious bite. 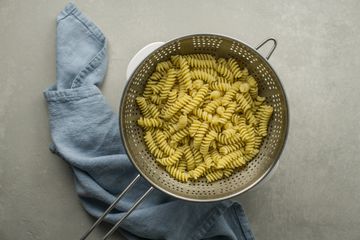