The Truth About Extra-Virgin Olive Oil

Where does the best olive oil come from? You might be surprised by the answer.

In the past few decades, extra-virgin olive oil has gone from relative obscurity to mainstream popularity. Its health benefits are widely touted, it's called for in countless recipes, and many are willing to shell out top dollar for what they believe is the healthiest, highest quality oil.

The Truth About Extra-Virgin

Unfortunately, while the health benefits and superior taste of true extra-virgin olive oil are real, it's recently been revealed that much of what is sold as "extra-virgin" in the U.S. and other countries is not what it claims to be. Many shoppers might consider the fact that an oil is imported from Italy to be proof enough of its quality, but sadly, that is not the case. Italy exports more olive oil than it produces, a discrepancy which raises the question of what is going on to make that possible.

It's come to light that many producers in Italy, the world's biggest importer of olive oil, have been cutting their oil with refined olive oil (lower-quality oil that has been treated with chemicals to mask imperfections) imported from Spain, Greece, or other countries, or even with soybean or other cheap oils, while others add flavors and colorants to cheap vegetable oil to make it resemble olive oil, and then sell this doctored oil as "extra-virgin olive oil" for export. In doing so, they've really undermined themselves in two ways: first, by flooding the market with fake "extra-virgin" olive oil, they've lowered the price—and their profits. Second, they've confused the palates of many consumers who now do not know what true extra-virgin olive oil tastes like, or which labels to believe. A 2011 study by researchers at the University of California, Davis, found that 69 percent of imported olive oil samples failed to meet the minimum standards for "extra-virgin" labeling in an expert taste and smell test. In contrast, 10 percent of extra-virgin labels from California failed their tests.

As a result, two class-action lawsuits have been filed against Filippo Berio and Bertolli, two of the brands which failed the tests, for false advertising.

So with all this mislabeling and fraud, how can you know which oils to buy? Which oils are real?

When possible, try to buy your olive oil from small producers. Look for those who sell oil in bulk, from metal drums, and/or who allow you to taste the oil before buying.

True extra-virgin olive oil can vary considerably in taste, depending on the olives and process used, and whether the olives used are green or ripe, but generally speaking, it will have a fresh, fragrant, somewhat fruity, sometimes grassy or herbal smell and flavor. It should not taste like the canned olive you put in a martini. It can be somewhat peppery or spicy, slightly sweet, and might have a slightly bitter or pungent aftertaste—which is not a sign that it is low-quality or has gone off, but that it is full of the precious antioxidants which give the oil its health-promoting properties. Olive oil made from fresh, green olives will have a more grassy, herbal taste, and a somewhat lighter, greenish color, while olive oil made from riper, more mature olives has a richer, more buttery, milder, darker yellow color and less peppery taste. Which you prefer is more question of personal taste, rather than of quality.

Where to Buy High-Quality Oil

However, you don't necessarily need to go to a farmer's market or pay through the nose for quality, genuine oil. Some personal favorites, which do not cost an arm and a leg, are Lucini Italia (often available for sale at Whole Foods or specialty food stores) and the California Estate Olive Oil from Trader Joe's (if you do not have a Trader Joe's nearby, you can buy it online.) The Trader Joe's California Estate Olive Oil, in fact, came out on top and won the "Best Buy" designation in a Consumer Reports taste test. At the time of writing, it is only $6.49 per 500 ml bottle.

Once you have found a good-quality oil that you like, be sure to store it properly -- in a cool, dry place away from light. If your favorite oil does not come in a dark or metal container, transfer it to a light-proof container as soon as possible, as the light quickly degrades the oil. Above your stove or on a sunny countertop are examples of bad places to store your oil. When the oil has gone rancid, it might taste bitter or stale and have a stale, or plastic-y smell. Not only does rancid oil not taste good, but it also is not good for your health, as it contains free radicals, which can have the opposite effect of fresh, unspoiled extra-virgin olive oil—since they can increase your risk of heart disease, and cancer.

In short: favor domestic oils or oils from smaller producers, look for dark-glass or metal containers which protect the oil from light, read labels carefully, store oil properly, and trust your taste buds over marketing claims.

Remember that a label that says 'Packed in Italy' or 'Imported from Italy' does not guarantee that the oil actually originated from olives grown in Italy, nor is it any guarantee of quality. Words such as "pure," "light," or "extra-light" on an olive oil label do not indicate the quality or lower fat content. On the contrary, they mean that the oil is a lower-quality, refined oil. These oils, however, can be perfectly fine for cooking and frying. In fact, using a really high-quality, truly extra-virgin oil for deep frying is a waste and can destroy the flavors and healthful components for which you bought it in the first place! We tend to use high-quality EVOO only raw—for dressing salads or as a finishing drizzle on cooked dishes. 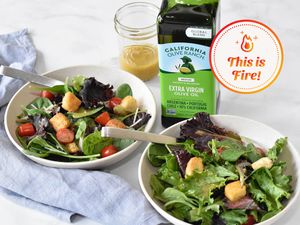 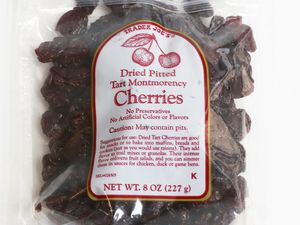 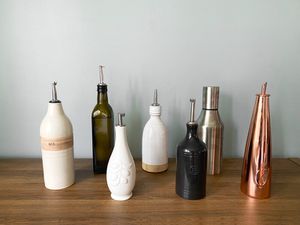 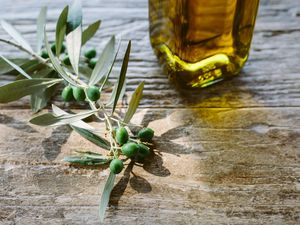 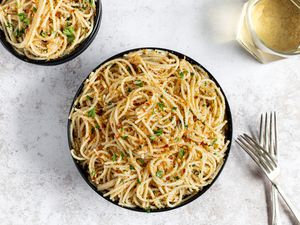 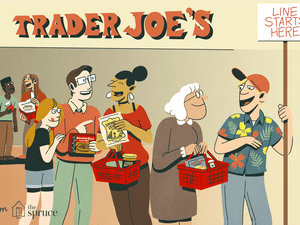 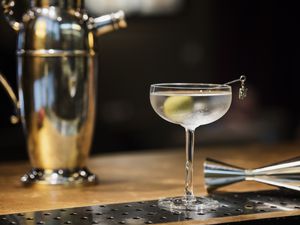