If you're a fan of Middle Eastern tabbouleh and other dishes made with bulgur, you'll love this classic Turkish recipe for cold bulgur and a vegetable salad called kısır (kus-UHR').

Bulgur, sometimes referred to as cracked wheat, is a staple in Turkish pantries and is one of the most common ingredients in Turkish cooking. It's used to make side dishes like bulgur pilaf, added to thicken soups, kneaded into meatballs and, one of my favorites, included in cold salads like bulgur and fresh herb salad and kısır.

One of the Most Popular Dishes

Kısır salad is by far one of the most popular dishes in Turkish cuisine. Every home cook makes a variation of kısır, and you'll also find it in many restaurants serving casual, homestyle Turkish fare. What makes kısır so popular? For one, it contains fresh, nutritious and inexpensive ingredients. It's also very easy to make, and a little bit goes a long, long way. Kısır is great for entertaining—its flavor gets better as the salad rests so that you can make it well beforehand. It will keep very well in the refrigerator for several days.

You'll recognize kısır as soon as you see it. The pepper paste gives the bulgur a lovely orange hue, and the mixed vegetables and fresh herbs add festive color. Kısır is most often served, believe it or not, at tea time along with other sweet and savory pastries. But since it complements grilled meats and chicken, it's also perfect as part of a barbecue menu.

Every Turkish household makes kısır with a slightly different mix of vegetables and herbs. Some like it spicy and some like more onions and garlic. The best thing to do is to get creative with ingredients like colored peppers, green onions, crushed nuts, even chopped beets, and pickles. Anything goes as long as it's fresh, colorful and crunchy.

You can find pepper paste in most Middle Eastern, Greek or Turkish grocers or on websites selling Turkish ingredients. Another alternative is to finely grate fresh red peppers of your choice and strain out the juice to make your own pepper paste. This recipe calls for lemon juice or pomegranate sour, which is a thick syrup made of 85 percent pomegranate giving it a very concentrated taste. If you want to include this unique ingredient, look for it where Turkish foods are sold. 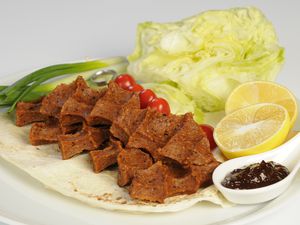 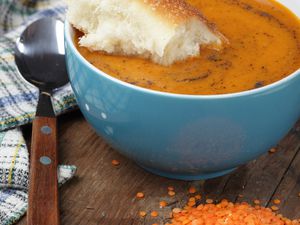 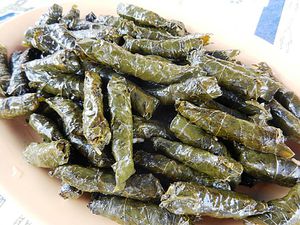 All Things Stuffed and Wrapped 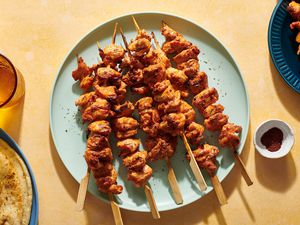 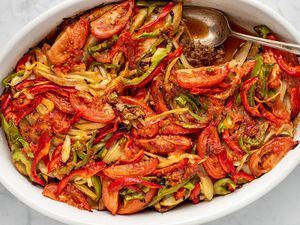 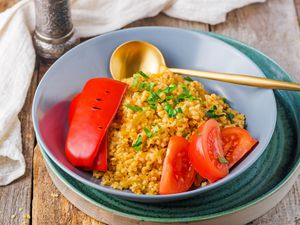 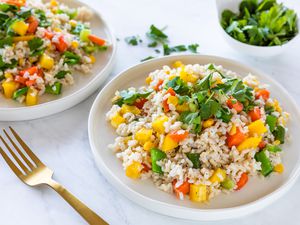 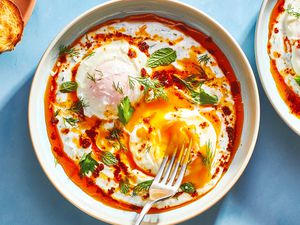 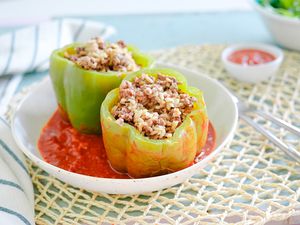 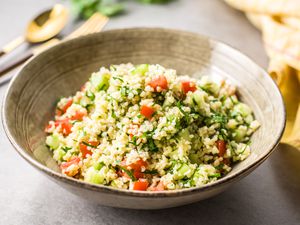 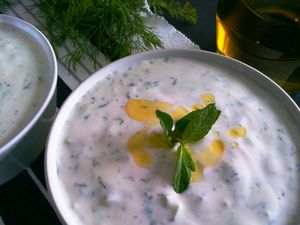 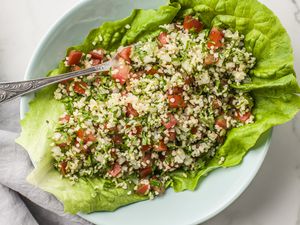 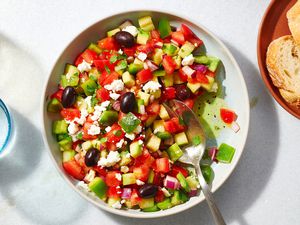