There are over 400 different varieties of cabbage grown throughout the world, from round to conical in shape; with flat or curly, tight, or loose leaves; and in green, white, red, and purple colors. Out of the hundreds of varieties, however, only a few make their way to the American grocery store produce section, those being the green, red (or purple), Savoy, and Napa cabbage varieties.

Looking similar to a head of iceberg lettuce, green cabbage is the most common variety. The outer leaves range from dark to pale green while the inside is pale green or white. When raw, its texture is somewhat rubbery and its flavor kind of peppery but once cooked, the green cabbage softens and takes on a sweeter taste. You want to choose heads that are heavy in the hand and with tightly bound leaves. Before using, discard the outer wilted leaves.

Green cabbage can be eaten raw when sliced thinly (as in coleslaw), or it can be added to stir-fries, casseroles or soups. Of course, this is the cabbage we are all familiar with when it comes to cabbage rolls.

Red or purple cabbages take longer to mature, so these types are generally not as tender as green or white varieties. Most often, pickled raw shredded red cabbage also makes a striking addition to coleslaw and traditional salads. Red cabbage can be used interchangeably in most standard cabbage recipes, but be aware that the color will leach into any other ingredients.

When cooking with red or purple cabbage, be aware that the compound (anthocyanin) that gives the cabbage that beautiful color will also turn blue when it is cooked along with any alkaline substance. Since tap water is often full of alkaline minerals such as lime, be sure to add about one teaspoon of an acidic agent—such as lemon juice, vinegar, or wine—to the pot when using tap water. If your red cabbage begins to take on that blue tinge in any recipe, the addition of the acidic agent will usually bring back the original color.

Savoy cabbage, originating in Italy, has deep green crinkly leaves and is considered the most tender and sweet. The head is less compact, due to the wrinkled leaves, but looks similar to green cabbage. It is the better choice for stuffed cabbage since the leaves are more pliable and stand up to longer cooking times, but is also great raw in coleslaw.

Called Chinese cabbage (although its name comes from the Japanese word "nappa"), this yellow-green, oblong head has frilly leaves and crisp, thick stems. One of the milder flavored cabbages, Napa can be eaten raw or cooked and is softer and sweeter than the other varieties.

Sometimes referred to as Chinese cabbage, bok choy is actually not a true cabbage but is Chinese chard. 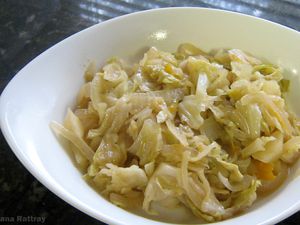 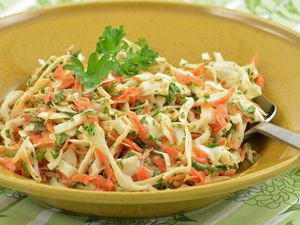 Types of Cabbages From Green to Savoy 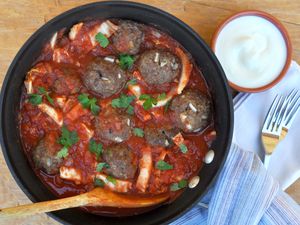 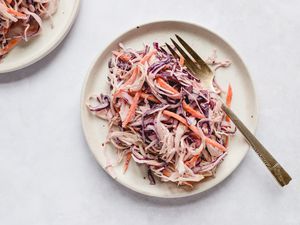 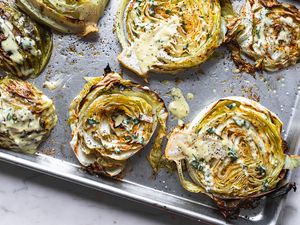 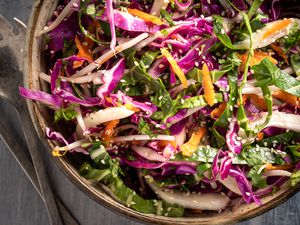 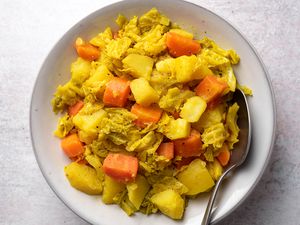 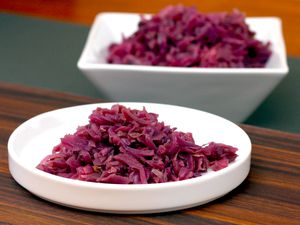 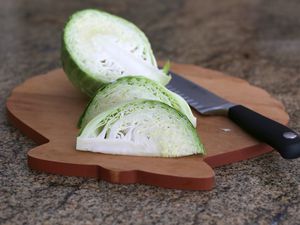 How to Cut a Head of Cabbage Into Wedges 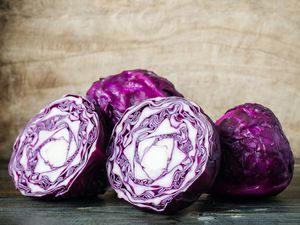 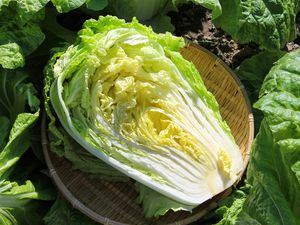 What Is Chinese Cabbage and How to Cook It 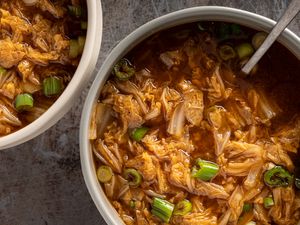