Vodka sauce became very popular in the 1970's and 80's in the form of penne alla vodka. Though it's often made with pasta and known as its own dish, the sauce by itself can be used in so many other ways. Essentially, it's a rich tomato sauce, much like marinara, but with the addition of a little butter, cream, and, of course, vodka.

Use the sauce in all the ways you would with a tomato sauce, with meats, grilled fish, or pasta. 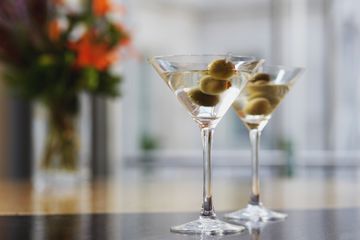 How Much Alcohol Is In Vodka Sauce?

If the thought of adding alcohol to a sauce makes you worry that you will be inebriated, it will not. Most of the alcohol in the vodka will evaporate when the sauce is heated and the subtle flavor of the vodka will remain. Even though majority of the alcoholic content may have cooked off, you may not want to serve this dish to young children as there is most likely still a little alcohol left in the dish.

How to Use Vodka Sauce

A vodka sauce is simply a rich tomato sauce, but with an extra twist of that splash of vodka at the end, so its uses are just the same. Vodka sauce is great with fish, meats, and pasta.

Got Pasta? Here Are 33 Sauces That Are Anything but Boring