Hidden inside the small, golden orange apricot is something that looks like a pit of a stone fruit, and therefore an item that you might normally discard. But it's much more than that. Inside, there's an edible kernel that when harvested can serve as its own healthy snack or star in jams, granola, and more.

Apricot kernels are found inside the hard pit at the center of the apricot. You can safely eat apricot seeds raw, but they can also be cooked into a snack or added to other dishes.

How To Cook With Apricot Kernels

While you can eat raw apricot kernels, toasting them as you would with nuts or other seeds, can add a nice crunchy, rich flavor. Set your oven to 350 F, place the raw apricot kernels on a silicone mat on a sheet pan, and cook for 5 to 10 minutes. From there, you can also eat the kernels plain as a snack or use them in recipes.

If you’re making a fruit jam you can also add one or two raw kernels while cooking the jam for added flavor. In Europe, it's common practice to use the kernels of the stone fruit, known as noyaux (pronounced ​nwa-yo), in a variety of culinary uses, such as in an apricot jam.

Much like almonds, apricot kernels have a neutral, slightly nutty taste. They are bland, sometimes a little bitter, and sometimes offer a touch of sweetness.

Apricot kernels are sometimes confused with bitter almonds. However, the apricot kernels have a slightly grassy taste compared to bitter almonds. More importantly, the sale of these unrefined nuts is not permitted in the U.S. because bitter almonds are potentially poisonous when eaten raw. They need to be processed or cooked in order to remove the hydrocyanic acid from them, but they're still used in parts of Europe, and can be used to make almond extract.

Apricot kernels come in two varieties: sweet and bitter. Often, one sweet and one bitter kernel will be found in each apricot pit. When purchasing apricot kernels, though, you’ll find them sold as either sweet or bitter. While the sweet kernels are naturally sweeter than the bitter kernels, the taste difference between the two isn’t significant, especially when adding them to recipes.

Eat apricot kernels plain as a snack, add them to your favorite trail mix or granola recipe or add one or two to a jam recipe.

Where To Buy Apricot Kernels?

Look for apricot kernels near the nuts, trail mix, seeds aisle of your grocery store or in the natural foods aisle. If they’re not available in your market, they’re readily available online from places such as Amazon and in some health food stores.

It’s also possible to harvest and cook with the apricot kernels from apricots. It takes a bit of work but if you save the pits from apricots, use a hammer to hit and break open the pit to get the kernel.

Apricot kernels will keep for up to two years in an airtight container if stored in a cool, dry place such as a refrigerator or pantry. 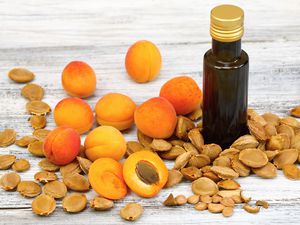 Pros and Cons of Using Noyaux in Preserves 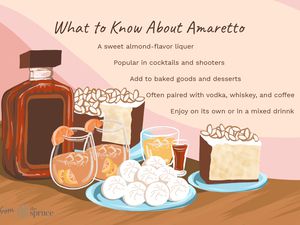 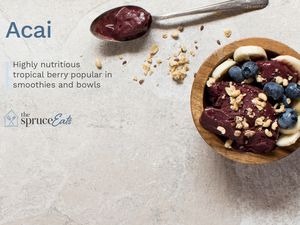 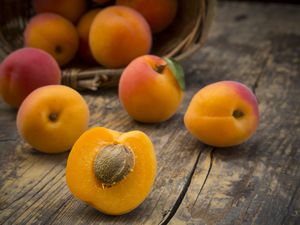 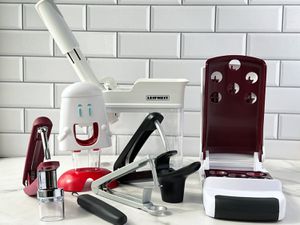 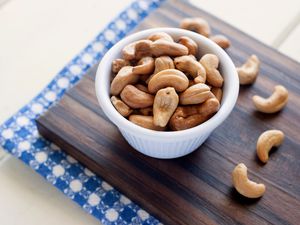