A Guide to Buying and Cooking Calabrian Chiles

If you're a fan of spicy condiments and spreads, you'll probably love Calabrian chiles. The spicy, smoky peppers from southern Italy are incredibly versatile, and pack just the right amount of heat without being overpowering.

Calabrian chiles are a category of chile peppers grown in the Italian region of Calabria, located at the toe of the boot. Enclosed by three separate mountain ranges and situated between the Tyrrhenian Sea to the west and the Ionian Sea to the east, Calabria enjoys a mild Mediterranean climate with little rain during the summer months, which is the prime season for growing chile peppers.

Botanically speaking, Calabrian chiles are no different from similar varieties of Capsicum annuum grown anywhere else in the world. But their unique flavor and heat profile are a result of the specific growing conditions of the Calabrian region, with lots of sunlight and little rain. The acidity of the soil, the type and amount of fertilizer used, and many other factors help to distinguish chile peppers grown in Calabria from their brethren grown elsewhere. If you're not located in Europe, Calabrian chiles tend to be a bit pricey, since they are a prized export. A jar of chile paste can run $10 to $20.

Locally, they're used fresh or dried, and they're packed in oil for export elsewhere, either crushed or whole, and sometimes pickled. They are also dried and made into crushed chile flakes or powder, so no further preparation is needed.

How to Cook With Calabrian Chiles

The best way to use Calabrian chiles depends on what form they come in. One of the most common is the crushed style, where the ripe hot chiles are ground into a paste along with oil, vinegar, and salt. The resulting chile paste resembles Indonesian sambal.

In this form, the chiles constitute a spicy, smoky condiment, which can be used in all kinds of ways. For instance, combine it with an egg yolk, some garlic, vinegar, and salt, then process it in a food processor or blender while drizzling in oil to make a Calabrian chile aioli. Or blend it up with some fresh thyme, garlic, fresh orange juice plus the zest, along with some vinegar, oil, salt, and a raw egg to make a fruity, spicy marinade for grilled chicken. Add it to pasta, homemade hummus, pizza, roasted meats, sautéed greens, and sandwiches.

Calabrian chile paste pairs well with creamy cheeses like mascarpone, as well as honey. Spread some toasted crostini with mascarpone, top with either whole jarred peppers or paste, and drizzle with honey for a simple but flavorful appetizer or hors d'oeuvre.

If you can only find the whole ones, it's a simple matter to process them in a blender or food processor until they form a paste. Use Calabrian chile flakes or powder like you would red pepper flakes.

Calabrian chiles have a warm, hot, spicy, smoky, fruity, pervasive flavor, although their heat depends on the variety, as does their degree of fruitiness. Overall, Calabrian chiles are bright and fruity and have a warming heat rather than an intense burn.

The sigaretta, or Italian cayenne, is about 10 centimeters long and thin, tapering to a point, rather like a cow's horn. This pepper is closest in flavor and heat to a fresh cayenne pepper, sporting around 25,000 to 40,000 Scoville heat units, or around 10 times hotter than a jalapeño.

The naso di cane is shorter and shaped more like a cone, similar to a jalapeño pepper, and comes in both a hot and sweet variety.

The carasella is likewise cultivated in both a sweet and a hot version, and it can be pickled, stuffed, and crushed.

The vulcan and corno di capra varieties are among the hottest Calabrian chiles.

Try using Calabrian chiles as a topping, condiment, or ingredient in recipes like these:

Where to Buy Calabrian Chiles

Calabrian chiles packed in oil are available in many major grocery chains, like Whole Foods and Trader Joe's, as well as online. Jarred products include whole chiles, sliced chiles, crushed chiles, as well as a smoother version of the crushed peppers sometimes called pate di peperoncino. You can find Calabrian chiles in their dried, crushed form—essentially what you might sprinkle on a slice of pizza—powdered form, and in various spice blends. If you're interested in sampling some of these, ordering online is the way to go.

If you're interested in growing Calabrian chiles, you can order seeds directly from Italy. Look for seeds for chiles known as Peperone Piccante Calabrese. They enjoy heat and sun, and although they're called annuals, this assumes a Mediterranean climate with plenty of sun and little rain. 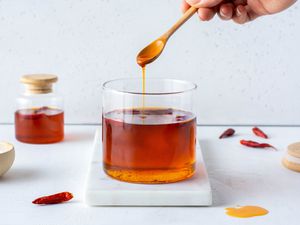 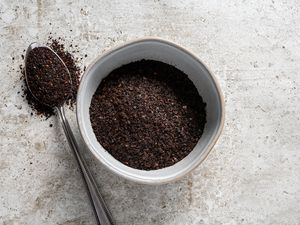 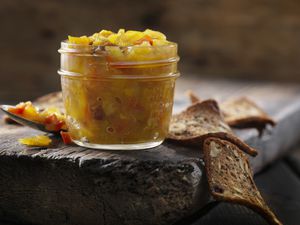 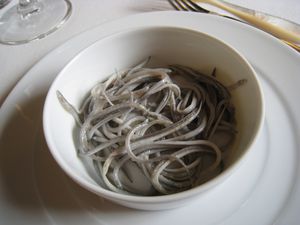 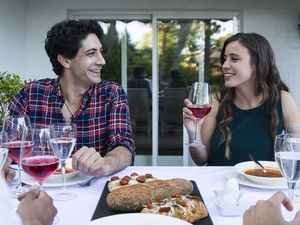