Dickinson pumpkins are a variety of pumpkin that is mostly grown for making canned pumpkin to use in pumpkin pie and in other baked goods. They have mildly sweet, orange flesh with a dry, dense texture.

Dickinson pumpkins are members of the squash family (Cucurbitaceae), with the botanical name of Cucurbita moschata. They're a subspecies of the same squash species that includes the crookneck, butternut, and calabaza varietals, among others. It was first cultivated in Kentucky in the early 1800s by a farmer named Elijah Dickinson. Dickinson later brought the seeds to central Illinois, where they grew so prolifically that they helped launch a vegetable processing plant that was later acquired by a Chicago-based canned food company called Libby's.

Libby's still grows Dickinson pumpkins in central Illinois, although they've tweaked the cultivar a bit over the years to produce a varietal that features extra dense, sweet flesh. Today, Libby's accounts for 85 percent of the canned pumpkin market, and 100 percent of what goes in those cans is their proprietary cultivar of Dickinson pumpkin.

Dickinson pumpkins are usually quite large, weighing anywhere from 10 to 14 pounds, with a tall, blocky, oblong shape. Their skin is a sandy tan color, about the same shade as the outer rind of a butternut squash. The flesh inside is orange. They also have dry, fine-grained flesh, which is what makes them particularly well suited for baking. By comparison, ordinary field pumpkins, which is what most people buy for carving at Halloween, have stringy, watery flesh and are mostly hollow.

How to Cook With Dickinson Pumpkins

There are two ways to cook with Dickinson pumpkins. The most common is to buy the cans at the store and use them for making pies, breads, cookies, puddings, and other concoctions. It's also used for making savory dishes like soups and ravioli. Note that canned pumpkin is not the same thing as canned pumpkin pie filling. Pie filling is pumpkin puree combined with spices and seasonings that make it ready to use as a pumpkin pie filling. You would just add eggs and sweetened condensed milk. Canned pumpkin is just the cooked, pureed pumpkin with no added seasonings or other ingredients.

The other way would be to get your hands on a whole Dickinson pumpkin, either at a farmers' market or by growing it yourself. If you can manage this, you might want to try roasting it, which brings out additional sweetness.

To roast a Dickinson pumpkin, preheat your oven to 350 F. Halve the pumpkin, seeds, and roast it with the cut side down on a baking sheet for about an hour. When it's done, the flesh will be tender enough to pierce with a fork. Microwaving will also work, but since these are big pumpkins, you might only be able to fit a quarter of the pumpkin in the microwave at a time. Microwave for 15 minutes on high power until the flesh is tender.

In addition to using to make pumpkin pies, you can use canned Dickinson pumpkin for practically any recipe that calls for pureed squash or pumpkin.

Where to Buy Dickinson Pumpkins

Since the cultivar of Dickinson pumpkins used by Libby's is proprietary, they're not sold in supermarkets. The seeds are supplied directly to the farmers who grow them and send them to the factory for processing. However, since Dickinson is technically an heirloom pumpkin, it's possible to grow them or find them at farmers' markets. But for the most part, if you want to buy Dickinson pumpkins, you would simply buy Libby's canned pumpkin.

15 Vibrant Varieties of Winter Squash and Pumpkin for Your Recipes
Article Sources
The Spruce Eats uses only high-quality sources, including peer-reviewed studies, to support the facts within our articles. Read our editorial process to learn more about how we fact-check and keep our content accurate, reliable, and trustworthy. 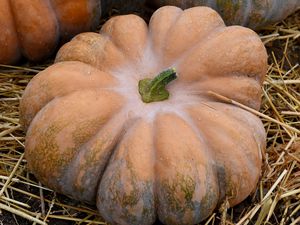 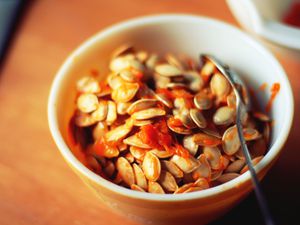 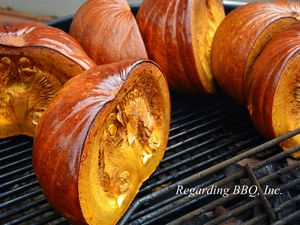 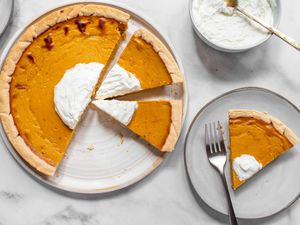 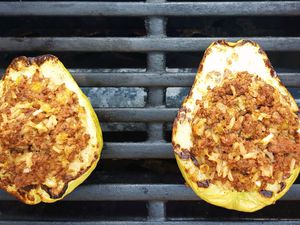 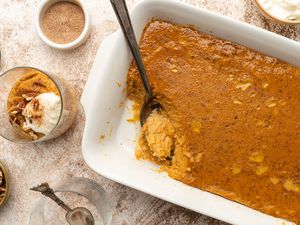 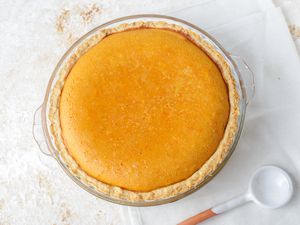