Hybrid beers do not follow the conventional thought that all beer is either an ale or a lager. Instead, hybrids borrow brewing practices from both types of beer; they're a little lager and a little ale. For instance, a beer fermented with ale yeast may be held at cooler temperatures typically reserved for lagers, or a lager yeast beer may be brewed as quickly and warm as an ale. This brewing technique imparts the characteristics of both beer categories to create unique styles that are not easily classified. Kolsch, altbier, steam beer, and cream ale are most commonly thought of as hybrid beers.

What Is the Difference Between Hybrid Beers, Ales, and Lagers?

Even though the yeast determines whether a beer is an ale or a lager, there are brewing methods that are commonly exclusive to either ales or lagers. In most cases, the specific techniques enhance the flavor and quality of the beer styles being brewed; they do not change the classification of the beer.

Hybrid beers take more of a freestyle approach to the conventional brewing methods, though some so-called hybrids are quite old and each style has customary techniques. They may use ale or lager yeast and brewing methods in any combination. And yet, "hybrid" really is not the right word to use to describe these beers. There are many different ways to brew beer and, as long as you get beer in the end, they are all correct. The hybrid moniker is simply a convenient way to classify beers that don't fit into one of the two main categories.

Beer Glossary: the Definition of Ale 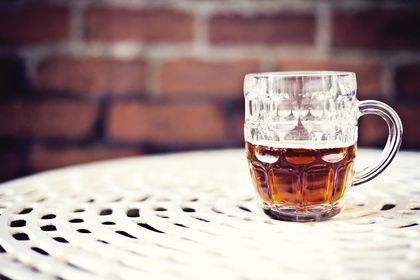 There are a few beer styles that are brewed with methods common to lager brewing but fermented with ale yeast, and vice versa. These are the styles that are sometimes referred to as hybrid styles.

Alt means "old" and altbier is a style brewed in Düsseldorf, Germany. It is fermented warm with ale yeast, then aged in cold temperatures like a lager, though it predates lager brewing methods. The area's water supply gives it a minerality that complements the bitter, malty flavors of the amber-colored ale. Some altbiers have a dry profile and the hoppiness varies greatly (25 to 50 IBUs). Most are in the 4.5 percent to 5.5 percent ABV range. Sticke and secret alt are names given to a bolder, stronger version of altbier.

Kölsch is a German beer style made in and around the city of Cologne, not far from Düsseldorf. It is a pale-colored beer with a delicate flavor profile. The beer is fermented with ale yeast, but it is held at cold temperatures for some time after fermentation, a practice commonly associated with lagers.

Kölsch is moderately alcoholic, ranging from 4.5 percent to 5.5 percent ABV. The bitterness is typically between 15 and 30 IBUs. The taste is a balance of spicy hops and smooth, sweet malts. It has a crispness associated with lagers and was designed to compete with German pilsners, but kölsch is definitely unique and has the same mineral taste found in altbier.

Steam beer is also called "California common." It originated in San Francisco after the influx of miners and laborers brought by the California gold rush. Steam beer is fermented in wide tanks with lager yeast, but brewers could not wait for the lengthy time that lagering required. To speed things up, they fermented it at temperatures typically used for ale yeast and packaged it without conditioning within a week.

The name "steam" likely comes from the highly pressurized bottles. Another account attributes it to the steam produced from brewery rooftops while the wort cooled. Anchor Brewing continues to make steam beer the original way with pale and caramel malts and Northern Brewer hops. It's a well-carbonated, easy-drinking, amber-colored beer that weighs in at 4.9 percent ABV. Other craft brewers make this style as well.

A genuine American-made beer, cream ale is mild, light-bodied, and a pale golden color. It does not include any cream or dairy product, nor does it have the richness of cream stouts. Instead, this ale uses corn (sometimes rice) to lighten up the brew that dates back to the 1800s.

Cream ales often use lager yeast and are brewed like an ale, but it may also be the other way around. They were originally high-alcohol, rather bitter beers. Today's versions are toned down in both aspects (4 percent to 8.5 percent ABV, 10 to 22 IBUs) and craft brewers use a wide variety of hops. The style's appeal is its lager crispness with the smooth, fruity nuances found in ales.

Kölsch is best served at cold temperatures between 38 and 45 degrees Fahrenheit, while altbier is nice just a little warmer (45 to 50 degrees). Both German beers are traditionally poured into a stange. Meaning "stick" in German, it's a tall, cylindrical glass that's slender; a collins glass is a good substitute.

Pour any of these beers using the standard method to get a good balance of beer and head: Tilt the glass 45 degrees, pour the beer onto the side, and slowly raise it upright.

Any of these hybrid beers make excellent dinner companions and will work with a wide range of foods. Try the German beers with authentic Bavarian fare such as bratwurst, potato dumplings, or wiener schnitzel. Steam beer and cream ales are refreshing enough for cookouts and will pair nicely with any grilled food.

Though these hybrid styles may be more obscure than the typical ales and lagers, there's no shortage of beers to explore. Craft brewing has revived them and has a lot to offer in each. For kölsch and altbier, get a taste of the German-brewed beers. Many of the American interpretations are nice but don't have the local ingredients available to accurately represent the originals. 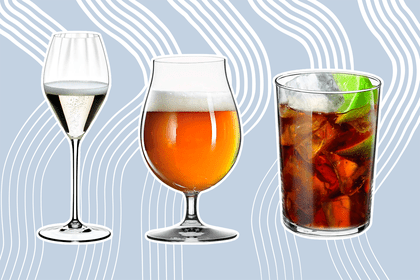 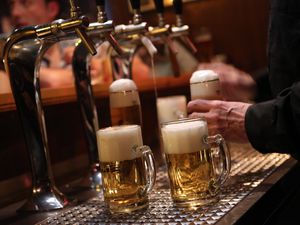