Are wine sulfites to blame for your post-wine hangovers?

Wine sulfites are naturally occurring at low levels in all wines, and are one of the thousands of chemical by-products created during the fermentation process. However, sulfites are also added by the winemaker to preserve and protect the wine from bacteria and yeast-laden invasions. For some, sulfur allergies may be associated with headaches and stuffy sinuses after a glass or two of wine.

What Are Sulfites and Where Do They Come From?

Sulfur dioxide (SO2), or sulfites as they are best known in the wine world, is a chemical compound that occurs naturally at low levels during the process of wine fermentation. It is also added by many winemakers during the fermentation stage of winemaking to protect and preserve the wine's character, flavor, and color. Sulfur dioxide is both antimicrobial and antioxidant -- making it one of the top allies available to vintners, as it impedes the oxidation of the wine and prevents it from fermenting its way to vinegar. Sulfur dioxide is also utilized in most wineries as part of the housekeeping regime — harsh chemicals (think bleach) would be a tough sell as a cleaning option for fermentation tanks, equipment, hoses, valves, and other process hardware so sulfur dioxide is often the cleaner of choice.

What's in a Label?

Current FDA regulations in the United States require that all wines, both domestic and imports, that contain 10+ ppm of sulfur dioxide state "Contains sulfites" on the label. This label designation was intended to protect people that may be allergic to sulfites (an estimated 1% of the U.S. population), people with asthma are in the most susceptible category. Signs of sulfite sensitivities include nasal congestion, headaches, skin flush, broncho-constriction, nausea, abdominal pain, and dizziness. Ironically, because of the technology available to today's winemakers, the amount of sulfur dioxide needed to inhibit oxidation, prevent further fermentation and stabilize the wine is at an all-time low. The legal maximum sulfite level for U.S. wines is 350 ppm, with most wines averaging about 125 ppm. Naturally occurring levels of sulfur dioxide in a glass of wine, without chemical additives, would weigh in at around 10-20 ppm.

Which Wines Have the Lowest Sulfite Levels

Keeping in mind that all wines contain some naturally occurring sulfites, if you are looking for wines with the lowest level of sulfites, then organic wines are your best bet, because by label definition " Organic Wines" are produced from organically grown grapes without the addition of chemicals (including sulfur dioxide) during the winemaking process. ​Sweet white dessert wines contain the most sulfur dioxide with blush wines and semi-sweet white wines coming in at a close second for sulfur dioxide content. If you are searching for wines with the lowest levels of added sulfur dioxide, you will need to swing to the opposite spectrum and go for dry red wines for the lowest sulfite content, followed by dry white wines as the middle ground choice.

The Connection Between Sulfites and Headaches

It's worth noting that sulfites abound in many other food sources beyond wine. Dried foods, jams, and canned or pre-cut vegetables often have sulfites added to prevent them from oxidizing and turning brown over time on the shelf. Dried fruits tend to carry considerably more sulfites than a standard bottle of vino. The debate between sulfites and their correlation with wine headaches continues, with many industry folks pointing to histamines, tannins, and of course alcohol as the real culprit. Either way, if someone does experience an association personally, it might be worth checking out organic options to see if that changes the outcome. 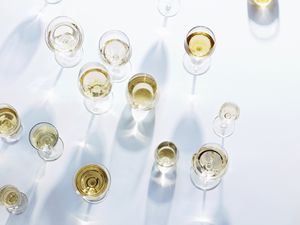 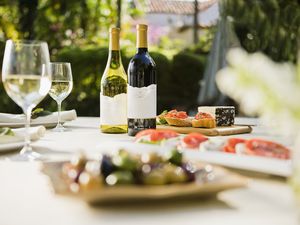 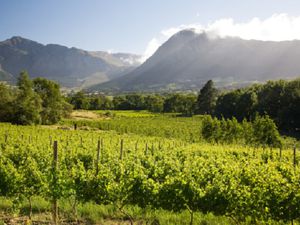 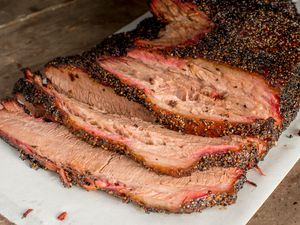 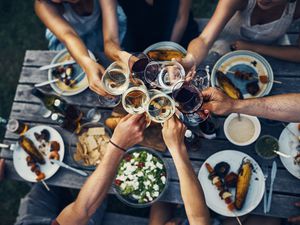