How to Identify Lamb Shank

The shank is the cut of lamb taken from the lower section of the animal's legs and can be from the front legs (foreshank) or the back legs (hind shank). The foreshank may include part of the shoulder, as well as part of the leg, while the hind shank will include only part of the rear leg. Lamb shanks have a paper-thin membrane covering and a thin layer of fat and are leaner than the sirloin part of a lamb. Typically, the membrane should be removed before cooking to help the meat to become more tender.

How Tender Is the Meat on a Lamb Shank?

Lamb shank meat is extremely tough and full of connective tissue. But it can be the source of very flavorful and succulent dishes if braised or slow-cooked in a crockpot. When properly prepared, lamb shanks practically melt off the bone, and they are a popular menu item in restaurants.

How Should It Be Cooked?

Braise it! Season the shanks with salt and pepper and brown them in a large, heavy-bottom pot. Set the meat aside and add aromatics such as onion, garlic, and herbs like fresh thyme and rosemary to the pot along with some beef stock. Scrape up all the brown bits, return the meat to the pot, cover it and cook in the oven at 350 degrees for about 1 1/2 to 2 hours. It should be falling off the bone tender. Then serve it over mashed potatoes or creamy polenta.

Turn it into sandwiches! After the shank is braised and tender, let it cool and pull the meat off the bones into shreds. Saute onion in olive oil until it's caramelized. Spread two slices of good crusty bread with butter, pile on the shredded lamb shank meat along with tomatoes, some greens, and the caramelized onions. Slice and serve.

Or, turn it into BBQ flavored pulled meat and serve it as tacos. Simply add your favorite BBQ sauce and chili powder to the braising liquid before placing the lamb in the oven. When cooked and shredded, serve it in tacos with your favorite toppings.

Make a stew! Braise the lamb, as per the above instructions but add celery, carrots, red wine, rosemary, thyme, and bay leaves to the pot before placing it in the oven for about 2 hours. When the meat is tender, remove it from the pot and pull it off the bone. Strain the sauce and return it to the pot. Simmer the sauce over medium heat until it reduces by about half and return the lamb meat to the sauce. Serve over potatoes, noodles, polenta or rice. 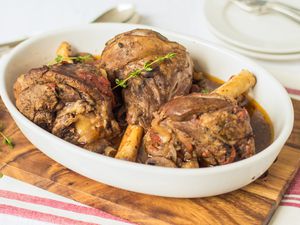 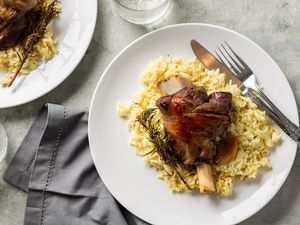 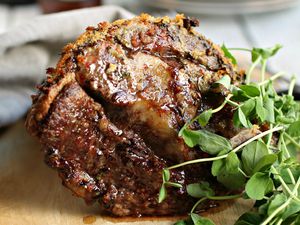 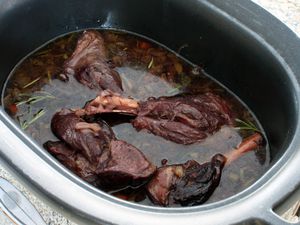 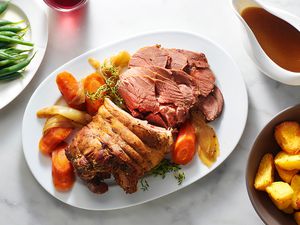 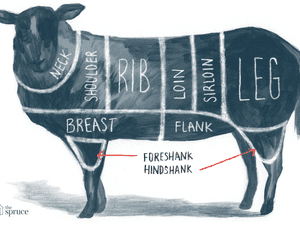 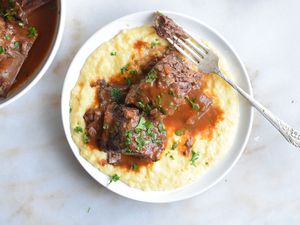 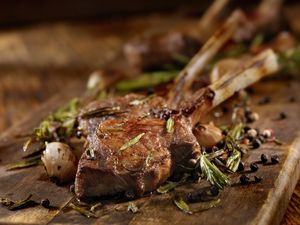 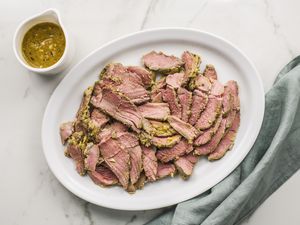 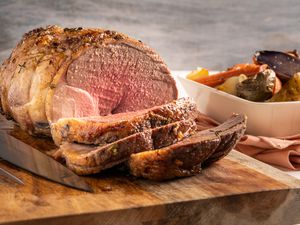 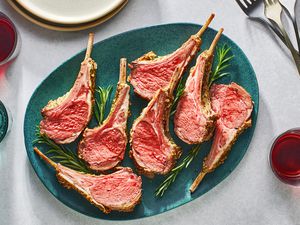 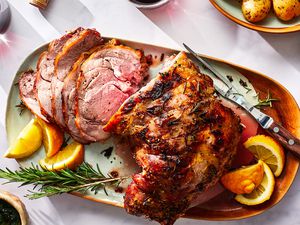