A Guide to Buying, Cooking With, and Storing Coconut Flour 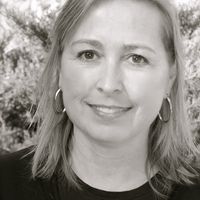 Liz Tarpy
Liz Tarpy is a seasoned recipe developer and tester, recipe editor, writer, and researcher of all things food.
Learn about The Spruce Eats' Editorial Process
In This Article

Coconut flour is a fine, soft powder made by grinding dried coconut meat into flour. It can be used in a variety of recipes as a substitute for wheat flour, but only up to around 20 percent or so. In other words, you can't make a baked good using 100 percent coconut flour. It's usually made from the coconut meat that is leftover after manufacturing coconut milk.

It has a soft, powdery texture and white color, as well as a distinct flavor and aroma of coconut. That means it might work in certain recipes where the flavor of coconut will be acceptable, but not in others. And of course, if you don't care for the flavor of coconut at all, then this flour substitute might not be for you.

Also, when cooking with coconut flour, you can't expect it to behave in the same way as a conventional wheat flour, or even a gluten-free flour. That's because ordinary flours, whether they're made from wheat or some sort of gluten-free grain like rice, sorghum, or corn, are all primarily starch, so they absorb liquid like starch, gelatinize like starch, and bind with proteins such as eggs in more or less the same way.

Coconut flour, on the other hand, is a starch-free food, though it does contain carbohydrates and fiber. Coconuts are a type of fruit called drupes. Other drupes include mangos, apricots, cherries, olives, and peaches. The "meat" of the coconut is the endocarp of the fruit, which is analogous to the fleshy segments of an orange, or the fibrous part of an apple at its core. Because coconut flour is made from dried fruit, it has a tendency to absorb more water than grain flours or even nut flours.

How to Cook With Coconut Flour

Just because something isn't a starch doesn't mean it can't be used in baking. Low-starch nut flours, like almond flour, for instance, are often used in gluten-free baking, sometimes up to 50 percent of a recipe. Coconut flour, on the other hand, is best limited to about 25 percent of a recipe's total flour. That's mostly because of how much liquid it absorbs. When cereal grains absorb water, the starches gelatinize, but when coconut flour absorbs water, it simply turns soggy. That liquid is eventually cooked away, but because it soaks up so much liquid, it essentially deprives the other starches in the recipe from absorbing their fair share, so the overall recipe turns out denser and heavier than you might like.

To avoid all this guesswork, it's best when baking with coconut flour to stick with recipes that are specifically developed for coconut flour, rather than trying to substitute coconut flour in a recipe on your own.

Coconut flour does carry the nutty, sweet, and slightly floral flavors of coconut meat, though it is milder. If you prefer your baked goods not to taste like coconut, but still want to use the flour, try adding stronger flavors into the mix—such as chocolate—to mask the coconut profile.

Here are a few recipes that feature coconut flour.

Where to Buy Coconut Flour

Most natural grocery stores and health food markets carry coconut flour. It can also be purchased online. Because coconut flour contains some fat, it can oxidize and go rancid, so check the expiration when buying.

Store unopened bags of coconut flour in a dry, dark, cool place. Once opened, keep sealed in a container in the refrigerator for six months or in the freezer for one year. 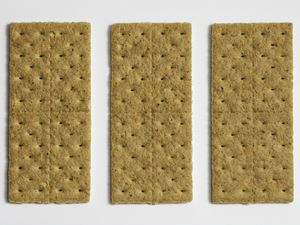 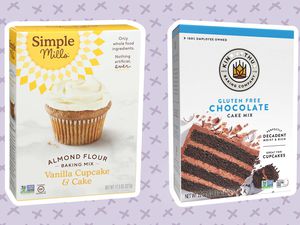 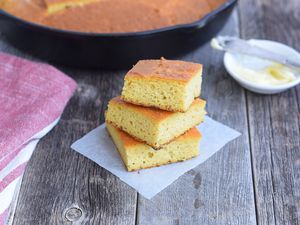