Eggplant is enjoyed by vegetarians and meat-eaters alike all over the world, not limited to the Mediterranean, Africa, Latin, and Central America, North America, the Caribbean, and throughout Europe and Asia. With a flavor profile that lends itself to just about any preparation, this extra-friendly vegetable has limitless possibilities and is definitely worth getting to know better.

Eggplant is a vegetable from the nightshade family (which also includes tomatoes, okra, and zucchini) that grows in a variety of shapes, sizes, and colors, and thrives in hot climates and during the summer months. They range from small globes about two inches in diameter to more oblong and tubular varietals 12 inches long or larger. The seeds of all eggplant varieties are edible, making it especially easy to cook.

The most common varieties found in the United States are globe and Italian eggplant, which are teardrop-shaped varieties with glossy purplish-black skin and a thick stem cap. Eggplant colors generally range from white to lavender to dark purplish-black and multi-color striped, as well as the less-common pale green, yellow, and reddish.

Japanese or Chinese eggplant is an elongated variety in a lavender to violet hue that has fewer seeds and thinner skins, and don't need to be peeled. Red- or purple-striped varieties, known as rosa bianca or graffiti eggplant, have a similar shape but milder flavor than their dark purple counterparts. Their thin striated patterns will usually disappear during the cooking process. Any eggplant variety can be used interchangeably in most recipes unless the skin color is a specific visual factor.

Thanks to the popularity of farmers' markets, heirloom varietals like fairytale, black beauty, little finger, and rosita eggplant can be found on farm-to-table and fine dining menus around the country.

How to Cook Eggplant

Some recipes for eggplant involve peeling off the fibrous outer skin, but several varieties have thin enough skin to not require this step. Typically, eggplant is sliced or chopped, though it's also common to grill or stew it whole. Eggplant casseroles are also popular.

Many preparations call for salting the eggplant's flesh to draw out some of its moisture, allowing it to become softer and more absorbent before cooking. Another popular method is to fire-roast or broil the eggplant until its exterior is charred, then scoop out the softened, smoky flesh and blend into a dip or other dish. Eggplant can also be marinated, pickled, grilled, braised, deep-fried, sautéed, stir-fried, and baked.

Eggplant has a flavor similar to summer squash or zucchini: tender, mild, and sweet with a slight vegetal bitterness. Eggplant will absorb the flavor of whatever it's cooked with. Its texture is firm and spongy when raw, and meltingly tender when cooked (especially fried, smoked, or braised).

Wrinkled, loose skin is an indication of age, and the flesh of these eggplants may be more bitter. Smaller eggplants have fewer seeds, thinner skin, and tend to be sweeter and more tender. When selecting an eggplant, press your finger lightly against the skin. If it leaves a light imprint, it is ripe. If there's too much give, it's too old and will be bitter.

Eggplant's silky texture is ideal for blending into dips and spreads, like baba ghanoush and moutabal. It also stands up well to nearly any other manner of preparation, and you can find delicious eggplant recipes from all corners of the world.

How to Make a Perfectly Grilled Eggplant

You can buy standard Italian eggplant — the large, oblong, purple-black variety — at most supermarkets in the refrigerated produce section. Asian and international grocers carry a wider variety, particularly the thin-skinned elongated kinds, and farmers markets around the country will stock uncommon and heirloom eggplants. Eggplant grows well in outdoor home gardens during the summer months.

How to Store Eggplant

Eggplant is quite perishable and will not store long. Depending on the freshness factor of the eggplant at the time of purchase, it may be refrigerated for up to four days (up to seven days if you pick right from the garden or buy from the farmers market). However, it is best to use them as soon as possible. Store in your refrigerator's vegetable crisper for maximum shelf life.

Cooked eggplant may be refrigerated for up to three days (it will get mushy when reheated) or frozen for up to six months in puree form (add a little lemon juice to discourage discoloration). It holds up fairly well as a component of soups and stews when thawed in the refrigerator, but not as well on its own. 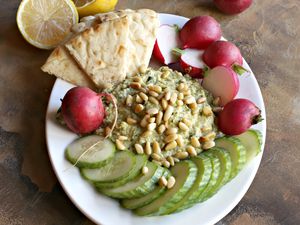 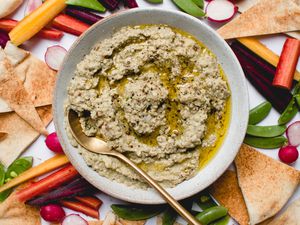 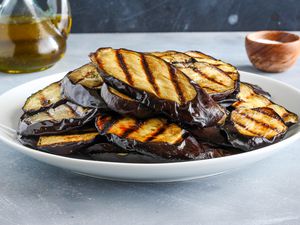 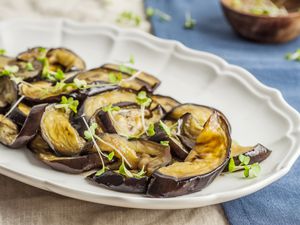 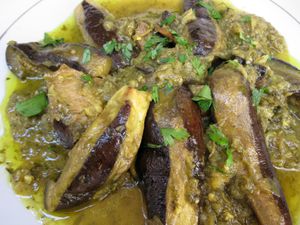 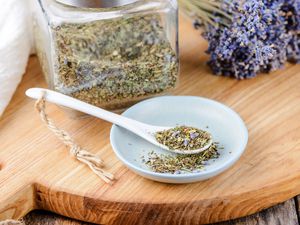 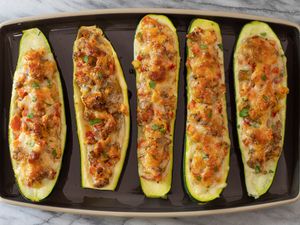 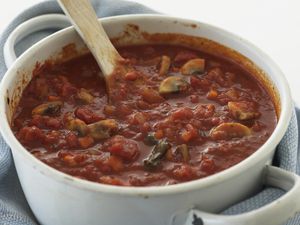 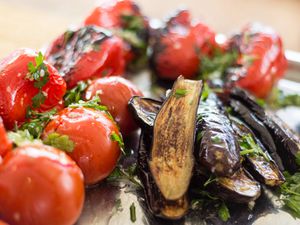