A Guide to Buying, Using, and Storing Golden Syrup

Though golden syrup looks like honey, it's a completely different type of sweetener made by inverting sugar during the refining process. In essence, golden syrup is just water, sugar and citric acid that come together in a way that forms a thick liquid used in baking and to sweeten foods. For over 100 years this food has been a staple in United Kingdom, where it was created. Even the Queen of England has given her royal approval to the brand that started the trend, Lyle's Golden Syrup. Versions of the original golden syrup can found on the grocery store shelves and the sweet additive can also be made at home.

This thick, yellow-colored liquid is the by product of inverting cane or beet sugar in water and adding an acid component such as lemon juice or cream of tartar to the mix. The process also makes sure the syrup doesn't crystalize easily, keeping it smooth and easy to work with. The name golden syrup fits the food well, and many people use it to sweeten pancakes, for baking, and famously to make treacle tarts. It's simple to make golden syrup at home, or you can buy it at grocery stores with a good supply of European fare.

Abram Lyle of the London-based company Abram Lyle & Sons (now Tate & Lyle) invented the first version of golden syrup in 1881. At the time, it was called "Goldy." Lyle had become the owner of the Glebe Sugar Refinery in Greenock and wanted to find another use for the byproduct of white sugar refining besides feeding it to the pigs. He figured there had to be a way to make this liquid into something good for human consumption. That's when golden syrup first entered into the picture, and soon his sweetener took off. As Lyle grew the company he hired chemist Charles Eastick in 1883. Eastick and his brother John Joseph started experimenting with the sugar refining process and eventually came up with a winning product, which was branded as Lyle's Golden Syrup.

The label of Lyle's Golden Syrup has a bit of fame too. The image depicts a lion carcass that's taken over by bees. Under the drawing is the quote, "Out of the strong came froth sweetness," which comes from a story in the Bible's Old Testament. The green can and golden label haven't changed since they were designed, garnering Lyle's Golden Syrup a place in Guinness World Records as the world's oldest unchanged brand packaging. Over 100 years later this brand is still popular, and even the monarchy has given it the Royal Warrant, which can be seen on every label.

Treacle tarts are one of the most popular uses for golden syrup. This British dessert is baked with golden syrup as well as ginger, ginger syrup, lemon, eggs and breadcrumbs. Golden syrup can be used in recipes in lieu of corn syrup or honey. Try putting it in tea or coffee when looking to sweeten the beverage, it's also good in iced drinks because it's already a liquid consistency and, unlike honey, doesn't harden quickly. The most popular way to consume golden syrup, aside from a treacle tart, is to simply drizzle the sweetener on pancakes, scones, cut fruit, warm bread and granola.

How To Cook With Golden Syrup

Cooking with golden syrup is just like cooking with corn syrup or honey. But unlike the other two ingredients, golden syrup can be made at home. To do this, start by lowly simmering 3 tablespoons of water with 1/2 cup sugar until the mixture starts to turn a golden color. Then add boiling water and 2 1/2 cups of sugar, bring back to a simmer, adding a slice of lemon or a teaspoon of lemon juice. Give it a stir and then let simmer for around 45 minutes. Remove lemon and jar the syrup. It will thicken more once it cools.

Golden syrup is a sweet syrup with mild caramel notes and a butteriness that's surprising given there's no dairy in it. Though it looks like honey or corn syrup, golden syrup has its own unique flavor.

Where To Buy Golden Syrup

Golden syrup is popular in the United Kingdom but it can be difficult to find in American grocery stores. You can order it online, especially if you search specifically for Lyle's Golden Syrup. Walmart carries Lyle's Golden Syrup, though in the squeeze bottles rather than the famous tin. Some specialty markets catering to European goods will most likely carry golden syrup as well.

Bottles and cans of golden syrup can be kept unopened in the pantry until the sell-by date. Once open, commercial golden syrup lasts around three to six months, as long as it's sealed properly and is kept out of direct sunlight. I does not need to be refrigerated, and if it is kept in the cooler it may crystalize and/or loose viscosity. Home-made golden syrup may last longer, though three to six months is still the recommended use-by timeline.

READ NEXT: What is a Traditional British Flapjack? 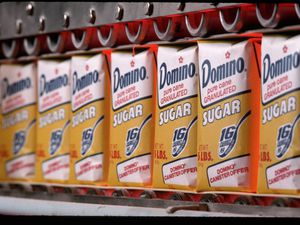 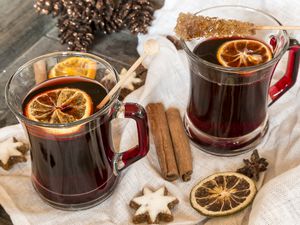 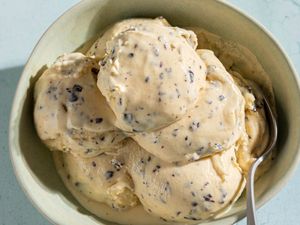 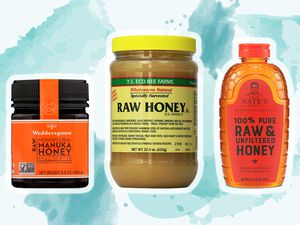