The word larding is a culinary technique for preparing large cuts of meat in which long strips of fat are woven through the meat using a needle called a larding needle. Strips of pork fatback are commonly used for larding, which is how the technique gets its name (because lard is a form of rendered pork fat).

Enhancing the Moisture of Meat

Larding enhances the moisture of the meat while it cooks and also adds flavor. The technique tends to be employed when roasting meats, especially leaner cuts of meat that might otherwise dry out when roasted.

Basically, slabs of fat would be chilled on ice to make them firm, and then sliced into strips called lardoons. These strips would be threaded into the meat on the end of a long needle, sometimes using a piece of string to pull them through.

The Classical Technique of Larding

Larding is a classical technique that dates back to a time when meat was much leaner and dryer than it is today, so it was necessary to add fat to the meat to make it more moist and flavorful. It's essentially a way of creating artificial marbling. Modern meat has much more marbling than in days of yore, so the technique isn't really used much anymore. That said, larding can be useful for preparing game meat such as venison, which is much leaner than beef.

A related technique, known as barding, involves wrapping the roast with strips of fat before cooking it. 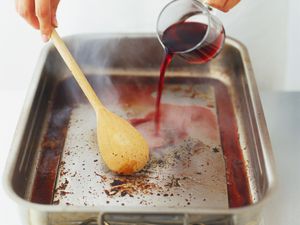 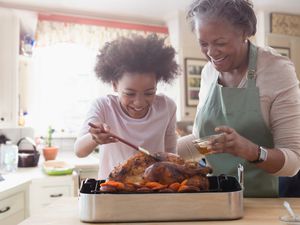