A Guide to Buying, Cooking, and Storing Millet

Americans might think of millet as a main ingredient in birdseed. But in a third of the world, from Africa to Asia to Eastern Europe, people eat millet as a staple part of their diet. It's one of the earliest cultivated grains and more than 6,000 varieties grow around the world. It's a primary ingredient in flatbreads, beer and other fermented beverages, and porridges. In the United States, many commercially produced gluten-free breads use millet flour, either solely or in conjunction with flour milled from other gluten-free grains. Though technically a seed, millet functions like a whole grain, and you can cook with it like you would other whole grains, such as rice or quinoa.

The name "millet" refers to several different but related grains from the grass family Poaceae. They look like tiny corn kernels and cost about a quarter of what you would pay for quinoa, making them among the more economical grains available. They are also naturally gluten-free. Like many whole grains, millet can be purchased as flour or flakes.

Millet falls on the sweeter end of the whole grain scale; some people liken the flavor to corn. It also readily takes on the flavor characteristics of the ingredients in a sauce or a dressing. But the fluffy texture of cooked millet, similar to mashed potatoes or steamed rice, distinguishes it from other whole grains, such as chewy barley or buckwheat or farro. Similar to those whole grains, though, millet has a slightly nutty flavor, which toasting enhances.

How to Cook Millet

The indigestible hull gets removed during processing of millet intended for human consumption, so it cooks quickly and does not require overnight soaking. Millet has a reputation for being fussy to cook, but the easy-to-follow formula makes it possible to turn out a fluffy pot every time.

For a toothier whole grain preparation, use 2 cups of water for each cup of millet; for a softer, creamier result, increase the water to 3 cups. Bring it to a boil, then add salt and the millet, cover the pot, and turn the heat down. Keep a close eye on the pot as it simmers, checking the texture at 15 minutes if you plan to use it as a grain side dish such as pilaf. If it's done, you can drain off any water the grains didn't absorb or continue cooking for up to an additional five minutes. For a softer and creamier millet, such as with a breakfast porridge, simmer for an additional 10 minutes, stirring periodically.

Like quinoa and other whole grains, millet lends itself well to breakfast porridge dishes, a replacement for rice alongside vegetable stir-fries, and as a savory pilaf. It's also a versatile bulking ingredient in soups, casseroles, and vegetarian patties.

Where to Buy Millet

Look for millet with the other whole grains in the bulk bins, the baking aisle, or possibly with the cereals at natural foods stores and most grocery stores. You can also purchase it online. Millet flour should be available with other specialty flours. Millet flakes may be hard to find in a standard grocery store, but you can purchase them online. You may also be able to find ready-to-eat puffed millet cereal, similar to puffed rice cereal.

Store millet sealed in an airtight container in a cool, dark pantry, the refrigerator, or the freezer, where it should last for up to two years. Millet makes a good candidate for long-term storage of emergency rations; in a sealed container with oxygen absorbers, it keeps for many years. 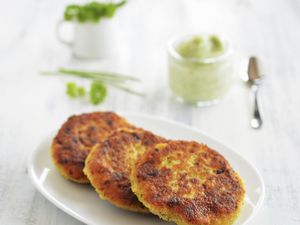 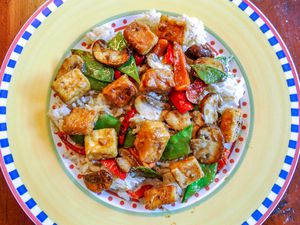