A Guide to Buying and Using Nonstick Cooking Spray

Cooking spray is oil in a can, but not just oil; it also contains lecithin, which is an emulsifier; dimethyl silicone, which is an anti-foaming agent; and a propellant such as butane or propane. The aerosol spray comes out and coats your item in a thin layer, which prevents food from sticking.

What Is Non-Stick Spray?

Non-stick sprays are a chemical combination of a form of oil, which lubricates; lecithin, which emulsifies; and a propellant like food-grade alcohol, nitrous oxide, carbon dioxide, or propane.

Non-stick cooking spray has many uses in the kitchen. It's useful for sticky cooking situations like helping slide cookies off the cookie sheet, making pouring molasses or honey from measuring cups less sticky, and the slicing of dried fruit or the molding of rice cereal treats and meatballs so much easier. It prevents tomato-based sauces from discoloring plastic containers and makes the job of cleaning a cheese grater a breeze.

Cooking spray varieties are made using canola oil, coconut oil, olive oil, along with flour for baking, and with butter flavor. There's a high heat formula cooking spray that "resists residue build-up." Additionally, there are brands made with non-GMO oils like sunflower oil. If you worry about additives or the sticky residue that simply won't budge from using non-stick cooking spray, you can always make your own cooking spray using a mister and the oil of your choice.

How To Cook With Non-Stick Cooking Spray

To use non-stick spray, spray the bottle to coat the item you are using. Many recipes will call for greasing a pan or using non-stick cooking spray. Coat spray in any area you want to prevent sticking.

One key drawback of nonstick cooking spray is the build-up of residue due to the lecithin. For this reason, cooking spray is not recommended for use on nonstick cookware. After all, nonstick cookware is supposed to be nonstick. The properties of cooking spray combined with the coating of nonstick pans make for a paradoxically difficult clean up. Dark coated pans heat more quickly and cool more quickly, which means that cooking spray gets cooked onto the surface and may adhere or harden before it has a chance to be cleaned. Cooking spray can build up on other surfaces, too, especially with liberal spraying and high heat. Typically, residue builds up on the sides of the pan or baking sheet and not necessarily where the food itself is cooked.

The taste of non-stick cooking spray is quite mild, although some people may feel it has a chemical taste. There are many different brands that are made with different oils or claim to have a butter or olive oil taste. In any spray, the goal is to avoid sticking and the taste should not be overwhelming or overpowering the food.

Since non-stick cooking spray is supposed to be a lower fat replacement for oil or butter, an easy swap would be to use a small amount of oil, butter, or even lard. Canola oil is also a good option. To limit the amount of fat used, pour a bit of canola oil on a paper towel and then rub the paper towel on the item. This will provide a thin coating, just like the spray.

Even if non-stick cooking spray is not called for, use it in place of butter or other fats when greasing the pan or tin is a necessary step. The non-stick spray will also prevent honey from sticking to a measuring spoon.

Where to Buy Non-Stick Cooking Spray

Look for non-stick cooking spray in most major grocery stores. It's usually found in the baking aisle or with other oils. Most bottles come in 6-ounce or 14-ounce sizes. For a larger size, bulk stores may sell bigger bottles. The spray costs about $3 to $5.

Non-stick cooking sprays should be kept in a cool, dark place. The aerosol cans are flammable. They should not be left on a stove or near a heat source. They should never be sprayed near an open flame. Do not store the bottles above 120 degrees Fahrenheit. 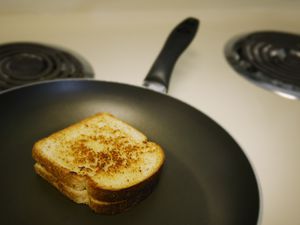 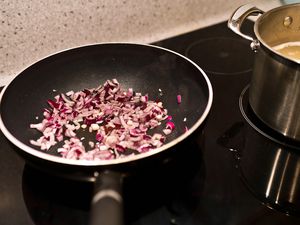 The 9 Best Ceramic Cookware Sets of 2022 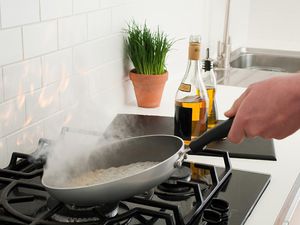 The 8 Best Nonstick Pans of 2022, Tested and Reviewed 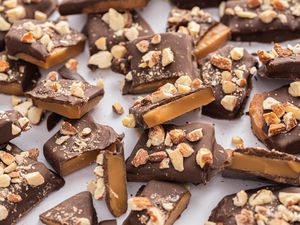 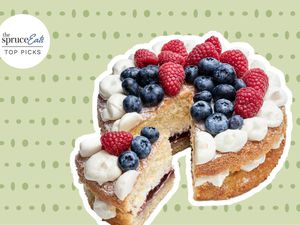 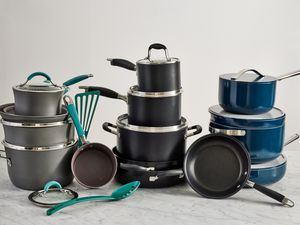 The 8 Best Nonstick Cookware Sets of 2022, Tested and Reviewed 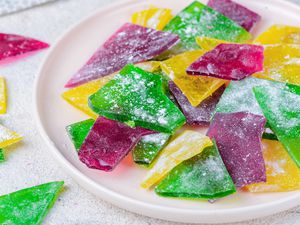 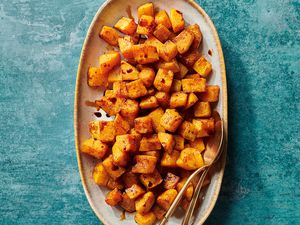 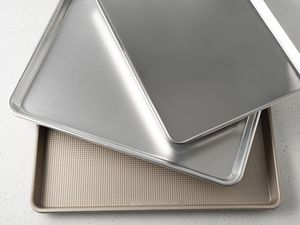 The 8 Best Baking Sheets in 2022, Tested and Reviewed 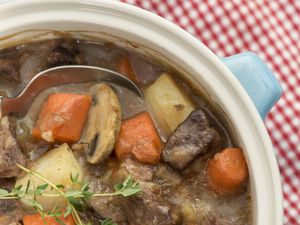 How to Prevent Food From Sticking to a Slow Cooker 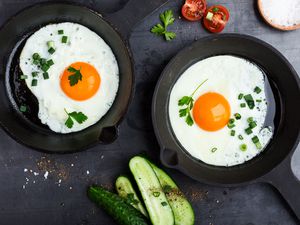 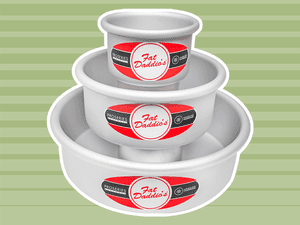