A terrine is an often-misunderstood dish. The term is frequently used to describe pâté, when in fact, it is an entirely different thing. On top of that, there are two meanings to the culinary word in that a terrine refers both to the dish it’s baked in, as well as the dish itself.

Two Meanings of a Terrine

The terrine, as a cooking vessel, is a deep, rectangular, straight-sided dish - usually ceramic, glass or cast iron - with a tight-fitting lid. In traditional cooking, the terrine dish often would be made in the shape of an animal, usually depicting the contents of the terrine.

The second meaning of terrine is the actual food that is cooked or served in these containers. The food is constructed in loaf-shaped layers of either meat or fish, and can sometimes actually contain vegetables which are served cold either in the terrine it was cooked in or sliced. The beauty of creating terrines are their ability to be anything from a simple, rustic affair of modest meats, through to elaborate haute-cuisine of game, foie gras, and truffles. The limitation is only in the imagination of the cook.

To slightly confuse the issue, a pâté can be part of a terrine as one of the layers which adds a lovely dimension with the smooth textures contrasting with the coarser ones of the terrine.

Origins of a Terrine

The literal translation of terrine in French is a "large earthenware pot". The English derivative of the word is tureen; a word still used today to describe a cooking pot.

The origins of the cooked dish are without any doubt French, who are masters of the terrine. The careful layering of differing tastes and textures, precise spicing, seasoning and gentle cooking can so quickly spoil in the wrong hands, but in the excellent ones of a French chef or cook, is an art form.

Difference Between a Pâté and a Terrine

A terrine is an entirely different thing to pâté, with the clue to how different they are in the translation from the French word pâté becoming "paste" in English.

Pâtés (pastes) more often are smooth, light and will predominantly, but not exclusively, be made of duck or chicken livers. They can be created with fish, vegetables, beans, or pulses.

A traditional terrine, on the other hand, is an entirely different method of cooking, which creates a robust, chunky, textured dish and can consist of one through to several types of strongly flavored meats or fish and seafood. The ingredients in a terrine are often layered with a forcemeat of minced, spiced, seasoned meats or fish to work as glue to support the different layers.

How Terrines and Pâtés Are Cooked

The ingredients in a pâté are frequently pan-cooked quickly and finished by blending or whipping to a silky texture.

A terrine differs in that it is cooked in a water bath resulting in a moist, flavorful dish, which when served either in its container or sliced with appropriate accompaniments of salads, pickles, and bread. It can make it substantial enough to almost be a meal on its own.

Popular Ingredients in a Terrine

By far the best and most popular ingredients used in a terrine are game and pork. Beef does not work as well as the meat is too dense. Neither does chicken as it requires lots of it to make an impact and to be drenched in heavy seasonings to add taste.

Tender pieces of wildfowl, venison, boar, rabbits, and hare work so well as they have clear, distinct flavors, are quick to cook, and their strength of flavor does not diminish, but rather continues to evolve once cooked. These meats also lend themselves so well to spices like juniper, mace, allspice and some hefty splashes of Port or brandy, further enhancing the deliciousness of the terrine.

Support for the main meats is almost always minced pork, sausage meat, or a mixture of pork and veal, which brings added moisture and pads out the terrine.

Fresh breadcrumbs will often be added not for bulk, but to absorb any fat or grease given off from the meats. An egg is also used as a binder and to help prevent the terrine from falling apart after cooking.

A terrine can also be fish and seafood, even vegetables, but again these will need to have distinct flavors and require a judicious use of herbs and seasonings to prevent the terrine form being bland. For vegetable terrines, roasting or char-grilling the vegetables before using in the terrine is another great way to impart strong flavors and added texture.

How Terrine Is Served

There are two main ways a terrine can be served. More often than not, it is sliced into thick slices once it is cooled completely. The hefty slices will be served alongside gherkins, or cornichons, with a little chutney or relish, crusty bread, and butter. The terrine sometimes will be served in its cooking pot with a knife for diners to heave out chunks to slather onto the bread. Whichever way you decide to serve your terrine, we're sure that you'll be coming back for more! 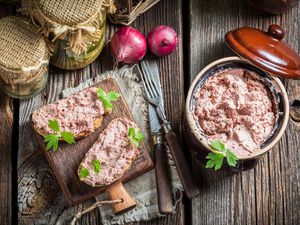 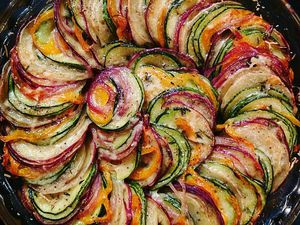 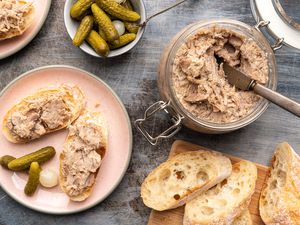 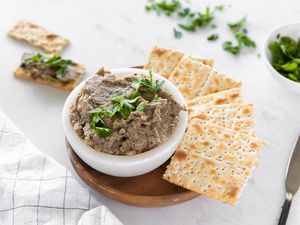 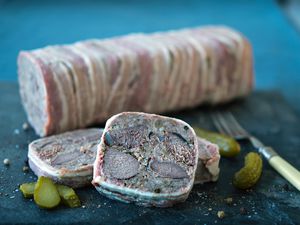 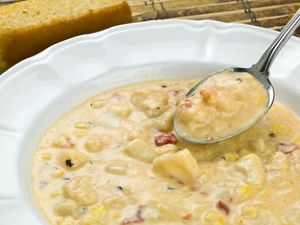 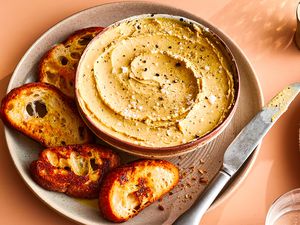 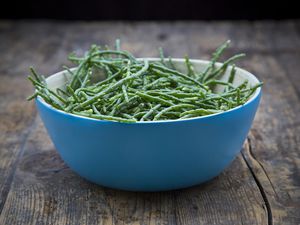 What Is Samphire And How Is It Used? 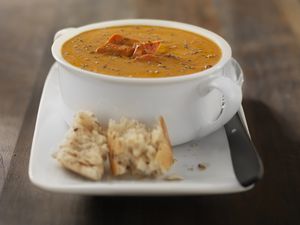 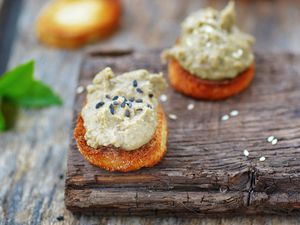 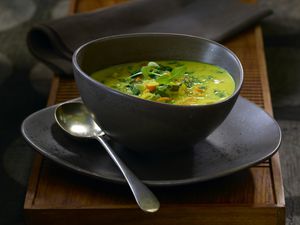 What Does the Word 'Entrée' Mean?