Bacon is a fatty cut of meat taken from the pork belly and when you cook it properly —slowly, at a low temperature—a lot of that fat is going to render off and become liquid.

One lovely benefit of the low-and-slow method of cooking bacon is the leftover grease. Because there is no burning or scorching of the bacon, the rendered fat is crystal-clear and when it cools, it takes on a pristine, creamy white color.

Bacon fat is loaded with smoky flavor, meaning you can save it and use it for cooking, where it will enhance everything from baked goods to corn on the cob—even a grilled steak.

Of course, if you're not into cooking with bacon fat, we'll also show you how you can safely and properly dispose of it. But before that, we'll take a look at the various culinary applications, because it can do many delicious things. Like anything else, bacon (and the resulting fat) isn't bad if eaten in moderation.

First, let's discuss how to store your bacon fat so that it stays fresh and ready for you to use when you want it.

How to Store Bacon Fat

Once again, when we talk about cooking with bacon fat, we mean the clear (or white, when cooled) rendered fat that results from cooking bacon slowly (like in the oven), not the burnt, particle-filled grease that comes from frying bacon in a skillet on the stove.

To ensure that it is free of cooked bacon, you can pour the liquid fat through a piece of cheesecloth into a clean, heat-proof ramekin. Be sure not to pour the hot fat (which, if it's pourable, it's still hot) into any vessel that might crack or melt.

Although it might be tempting to add freshly rendered bacon fat to whatever container already contains a previous batch, this is not a great idea. Bacon fat has a fairly long shelf-life, but it won't last forever. Exposure to heat, light, and oxygen can cause it to turn rancid, and adding new fat to rancid fat (or nearly rancid fat) will just ruin all of it.

A half-pound of bacon may yield anywhere from 4 tablespoons to 1/4 cup of rendered fat and, assuming you can go through this amount in a week or two, it will remain perfectly fresh stored in the fridge like butter. Simply cover the ramekin with a piece of plastic wrap.

A great way to think about bacon fat is to view it as a substitute for butter, shortening, and margarine. Anywhere you'd use these products, you can use bacon fat instead—whether it's spreading it on toast, using it to make pie crust, or frying your eggs in it.

Note that we mentioned the pie crust above. Lard (which is another name for bacon fat) is treasured by pastry chefs for the light, flaky pie crusts it produces. The only difference between bacon fat and lard is that bacon fat will taste of hickory or maple or whatever sort of wood smoke was used to cure it, whereas lard won't.

Learn How to Make Perfect Bacon

As we discussed, the bacon fat will harden when it cools. Which means that if you don't want to save it for cooking, discarding it is simply a matter of waiting for it to harden, then scrape it into the trash.

And there you have it—you've now learned how to store, cook with, and, if you choose, properly dispose of bacon fat.

15 Mouth-Watering Ways to Use Bacon Fat 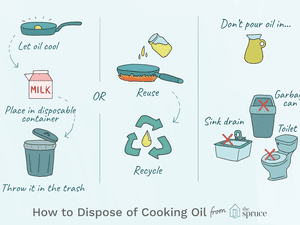 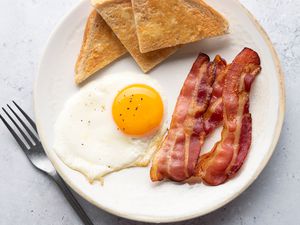 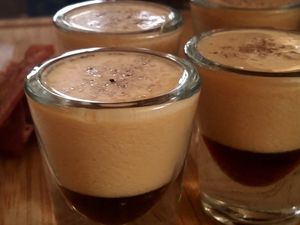 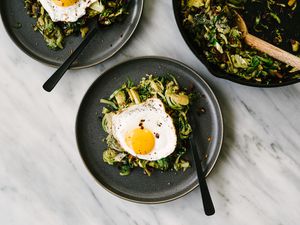 15 Mouth-Watering Ways to Use Bacon Fat 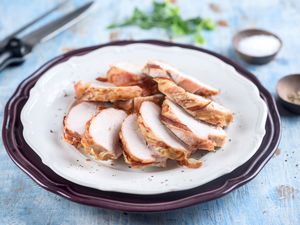 What Does Render Mean? 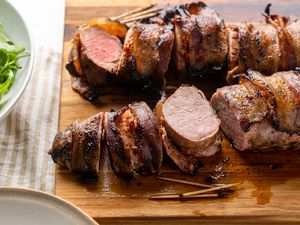 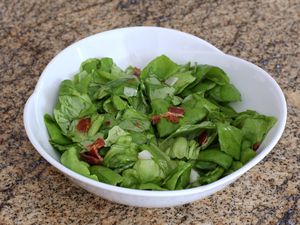 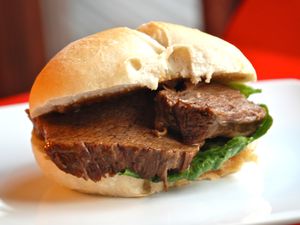 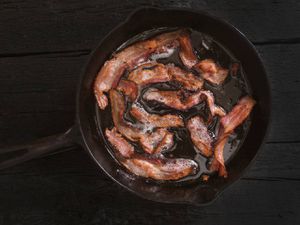 How to Fry Bacon 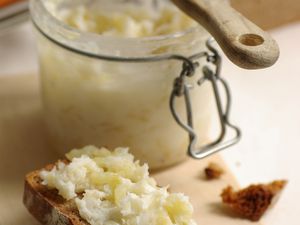 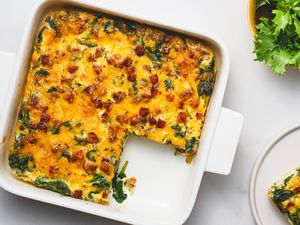 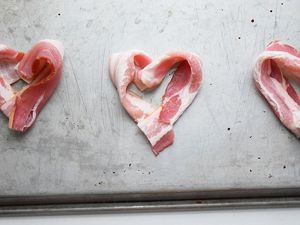 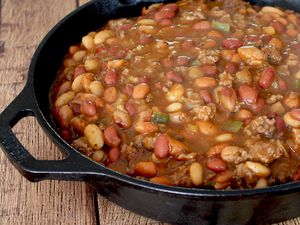