Wiener schnitzel means "Viennese cutlet" in German, and it is one of Austria's most traditional and representative dishes. So much so, in fact, that its definition is fiercely protected by Austrian law. It must be made of veal; when made with any other type of meat, it cannot technically be called Wiener schnitzel.

To make Wiener schnitzel from scratch, thinly pounded veal is dredged in breadcrumbs and deep-fried, traditionally in lard or clarified butter. Although it is deep-fried, it should be a light, tender, and delicate dish. Several steps are key to this result: Beating the eggs thoroughly, pounding the meat thinly, frying it in enough oil and at a hot temperature, and lightly coating it with breadcrumbs (making sure not to press them into the meat) are all important factors.

"The cooking time depends on whether or not you can fit them all in the pan. I made mine with pork that was pounded to about 1/4-inch thick and it was done after a total of 5 minutes cooking time. This was an excellent meal and preparation was fast and easy." —Diana Rattray

What's the Difference Between Schnitzel and Wiener Schnitzel?

Schnitzel describes a "cutlet" of meat that's breaded and fried, and it's used for several dishes with German and Austrian origins. Wiener schnitzel can only be made with veal. Schweineschnitzel uses pork and is traditionally made with pork chops in Germany (in the U.S., pork tenderloin is common). Schnitzel made with chicken breasts is called hähnchenschnitzel, and it's also a favorite in Israel. While jägerschnitzel (hunter's cutlet) often uses pork as well, it was originally made with venison or wild boar. Other types of schnitzels add various gravies. 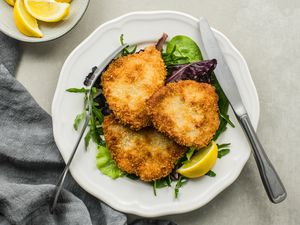 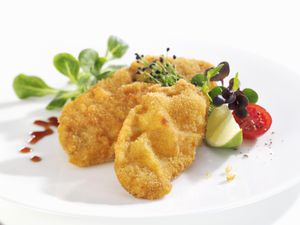 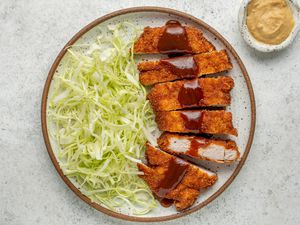 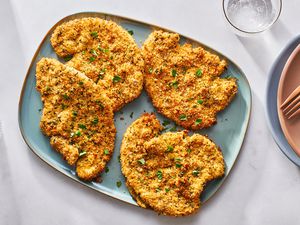 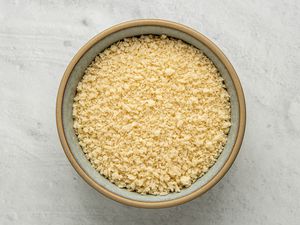 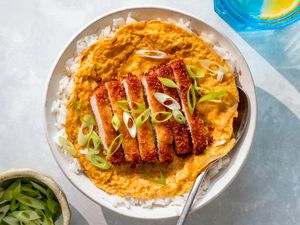 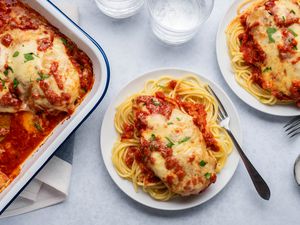 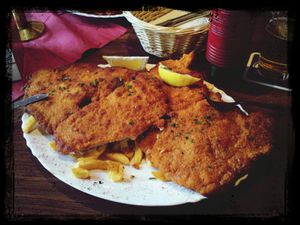 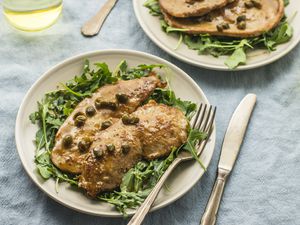 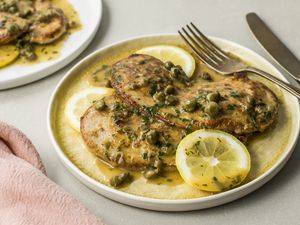 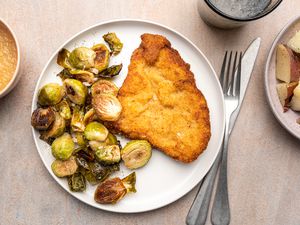 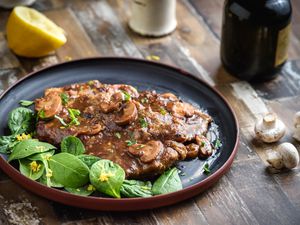 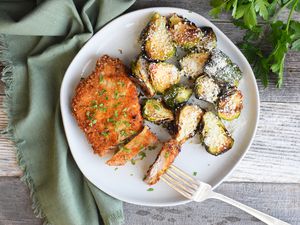 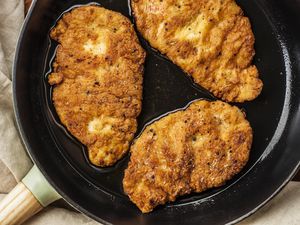