Woodford Reserve is a straight Kentucky bourbon whiskey. It is distilled from corn, rye, and barley at one of Kentucky's oldest distilleries. The brand helped reshape whiskey's image over the last few decades and is an icon in the bourbon world. Considered among the best, Woodford Reserve's smooth taste makes it a great value at its price point. Many whiskey drinkers enjoy it straight, and it works very well in nearly any bourbon cocktail.

What Is Woodford Reserve Bourbon Made From?

While you are not likely to find two bourbons that taste alike, a few aspects make Woodford Reserve is even more unique. The original bourbon begins with a mashbill that includes 18 percent rye, one of the highest concentrations in the bourbon industry. This gives the whiskey a nice spice that is contrasted by its extreme smoothness. The rest of the mashbill is 72 percent corn and 10 percent malted barley.

Woodford Reserve is distilled primarily in pot stills versus the more commonly used column stills. Additionally, it is aged in stone warehouses to control the maturation process better. The whiskey spends about 7 years in new charred American oak barrels. After that, the pot and column still whiskeys are blended to create the bottled whiskey. All of Woodford Reserve's whiskeys—except for some from the special series—are 45.2 percent alcohol by volume (90.4 proof).

The Woodford Reserve brand was launched in 1996, so it's relatively young compared to other bourbons. However, the history of the distillery and its impacts on the distilled spirits industry dates back two centuries.

In 1812, the first log cabin distillery was built on the Versailles, Kentucky site by Elijah Pepper. Located in Woodford County, the Pepper Distillery was taken over by Elijah's son, Oscar, in 1838. He would produce Old Oscar Pepper Bourbon and the original Old Crow Bourbon with master distiller Dr. James Crow.

Brown-Forman purchased the distillery in 1940 and still owns it today. Now a giant in the liquor industry, Brown-Forman's legacy began with Labrot & Graham, a bourbon also produced on the site. In the last part of the century, they modernized the bourbon distilled there, leading to Woodford Reserve's development.

Master distiller, Chris Morris, is not a generational distiller like many of his counterparts. He did grow up in the industry, as both of his parents were distillery employees. Morris himself has worked with Woodford Reserve since 1976 and took on his current role in 2003. He has been responsible for continuing the signature taste of the brand's flagship bourbon and developing special bottlings.

On the nose, Woodford Reserve features a distinctive aroma of freshly baked banana bread that instantly identifies this bourbon as none other than Woodford. Notes of oak, dark chocolate, cinnamon, and orange also appear, creating an appetizing and rich bouquet.

Woodford Reserve has a full, rich mouthfeel. Super smooth, the flavors of cinnamon, walnut, and allspice complement the oak and vanilla tones imparted by barrel maturation. Dark chocolate and orange marmalade notes also caress the palate, while a certain rye spiciness adds a bit of flair to the overall flavor profile.

The bourbon offers a long, spicy, and satisfying finish. Hints of tobacco leaf, rye spice, and mint appear before giving way to oak notes and a subtle, elegant floral as it leaves the palate.

Woodford Reserve is best known for its flagship bottle, which is labeled Kentucky Straight Bourbon Whiskey. The brand produces other bourbons and whiskeys as well. The portfolio's core features a special barreling technique and three expressions that use a dominant grain other than the corn required for bourbon. Other bottles are part of limited edition series that regularly release new expressions.

How to Drink Woodford Reserve

Many whiskey drinkers agree that this is a full-bodied, exceptionally smooth bourbon. It does not have the fiery bite of some of its counterparts, and this is either appealing or not. For someone who is new to bourbon or favors lighter spirits like vodka, Woodford is a great place to begin. Then again, those who enjoy the more robust whiskeys may find it a little dull.

Enjoy Woodford Reserve neat or on the rocks. At the slightly higher proof, it can handle a bit of water to open up the aroma and bouquet of flavors. It is also an excellent whiskey for a great variety of cocktails, from sweet to dry, and pairs well with nearly any flavor.

Trusted whiskey cocktails like the old-fashioned and Manhattan are excellent choices for Woodford Reserve. It also does well in modern drink recipes and is a particularly nice bourbon for fruity drinks. 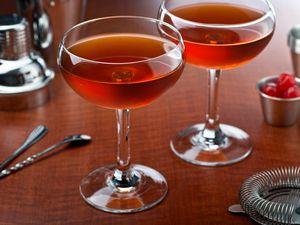 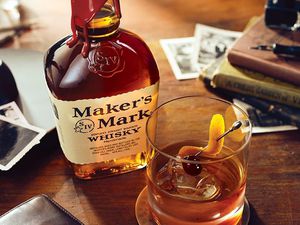 What Is Maker's Mark Bourbon Whisky? 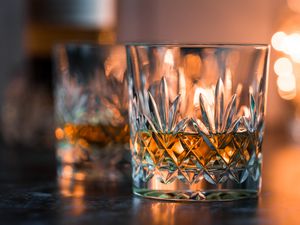 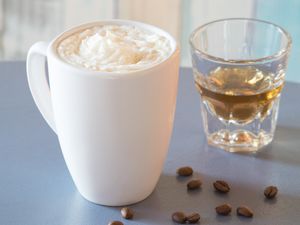